The Florida Education Association, a union representing 145,000 educators, filed a lawsuit on Monday against Governor Ron DeSantis and the state’s Department of Education in an attempt to stop schools from reopening at the end of August. The lawsuit argues Florida’s plan to reopen schools is unsafe due to the coronavirus pandemic, and therefore violates the state constitution, CBS Miami reports.

“The Florida Constitution mandates ‘[a]dequate provision shall be made by law for a uniform, efficient, safe, secure, and high quality system of free public schools,'” the lawsuit says. “The Defendants’ unconstitutional handling of their duties has infringed upon this mandate and requires the courts to issue necessary and appropriate relief.”

“The governor needs to accept the reality of the situation here in Florida, where the virus is surging out of control,” FEA President Fedrick Ingram said in a statement. “He needs to accept the evolving science. It now appears that kids 10 and older may pass along the coronavirus as easily as adults.”

The lawsuit demands Florida “develop and implement an online instruction plan aimed at all children and to make internet connectivity and computer devices available to all students … so that they can meaningfully engage in virtual instruction until it is safe to reopen brick and mortar schools.”

It also demands that when schools reopen, they be stocked with personal protective equipment for employees and students, comply with CDC guidelines on physical distancing and “install sufficient hand-sanitizing stations.”

Florida had switched to remote learning as the coronavirus spread throughout the country. But on July 6, Corcoran issued an emergency order to reopen schools at the end of August. After facing backlash, Corcoran said individual school districts could submit their own plans for reopening if they felt a return to in-person learning would not be feasible. He said his order was designed to offer parents and school districts “complete flexibility” about returning students to classrooms, according to CBS Miami.

Miami-Dade County Public Schools Superintendent Alberto Carvalho had previously said it’s still too early to decide whether or not schools should reopen when the new school year begins. He did say that in-person learning would not happen as long as the county remains in phase 1 of the state’s reopening plan, CBS Miami reports.

Florida has emerged as one of the new epicenters of the pandemic in the U.S. The state reported over 10,000 new cases of the coronavirus five days in a row last week. As of Monday evening, the state had over 360,000 confirmed cases and at least 5,072 deaths, according to data collected by Johns Hopkins University.

Tue Jul 21 , 2020
BERKELEY, CA — Alameda County health officials announced no new coronavirus related deaths on Monday, with the overall toll still at 162. There were just 19 new cases of coronavirus confirmed in the county on Monday. The declining numbers are significant. Alameda County is currently on the state’s “Watch List” […] 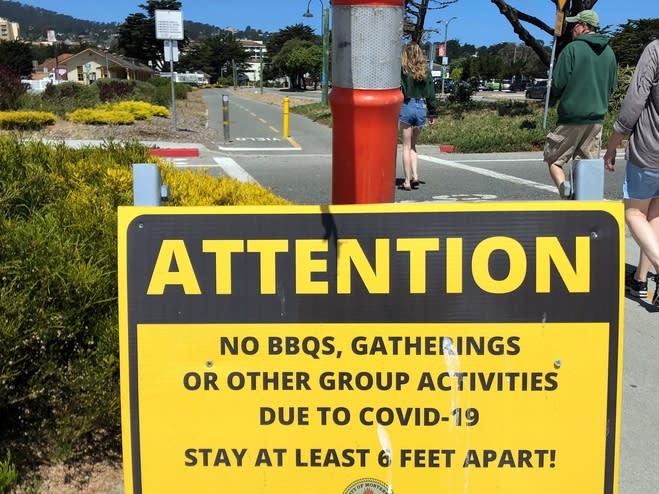