The American Federation of Teachers called Tuesday for “safety strikes” as a last resort if school reopening plans don’t meet demands for keeping educators healthy and safe amid the coronavirus pandemic.

The national labor union floated the prospect of teacher strikes two days before Biden is scheduled to deliver a speech Thursday to the group’s 1.7 million members.

Anthony Fauci, director of the National Institute of Allergy and Infectious Diseases, is also expected to discuss concerns about schools reopening in a discussion with Weingarten on Tuesday night.

“Let’s be clear: Just as we have done with our health care workers, we will fight on all fronts for the safety of students and their educators,” Weingarten said on Tuesday. “But if the authorities don’t protect the safety and health of those we represent and those we serve, as our executive council voted last week, nothing is off the table — not advocacy or protests, negotiations, grievances or lawsuits, or, if necessary and authorized by a local union, as a last resort, safety strikes.”

A spokesperson for Education Secretary Betsy DeVos said Tuesday that “no one is advocating for teachers to be unsafe.”

“Let’s not pretend that Ms. Weingarten’s threat to strike has anything to do with the safety or children or the public,” Education Department spokesperson Angela Morabito said in a statement. “If the unions were really concerned about doing what’s best for students and teachers, they’d be focused on what they need to do to be a partner in reopening schools safely.”

Only weeks remain until schools restart some semblance of instruction for tens of millions of kids, many of whom live in areas with ongoing virus outbreaks. Parents and school districts are struggling to decide whether to continue online learning this fall, as Trump and top members of his administration press for a return to in-person classes and Senate Republicans push their plan to provide $70 billion to boost K-12 education, with a bigger cut for schools that reopen.

Now AFT, along with the president of the larger National Education Association, is saying all options are in play for millions of educators still negotiating with local leaders over plans for beginning the fall semester.

While teachers throughout the country continue to protest unsafe school conditions, they have not yet voted to green-light walkouts, which could spur legal challenges and violate local laws.

Still, NEA President Lily Eskelsen García invoked the #RedforEd movement’s memorable surge of teacher-led activism when she said educators are prepared to do “whatever it takes”.

“Nobody wants to see students back in the classroom more than educators,” Eskelsen Garcia said in a statement on Tuesday. “But when it comes to their safety, we’re not ready to take any options off the table.”

In a June poll, 76 percent of AFT members surveyed indicated they were comfortable returning to school buildings with “proper safeguards,” Weingarten noted this week. That was before the virus started to spread more rapidly in the U.S. and Trump, as well as DeVos, began what the AFT president called “reckless ‘open or else’ threats.”

“Now they’re angry and afraid,” Weingarten said of her members. “Many are quitting, retiring or writing their wills. Parents are afraid and angry too.”

The group, which is the second-largest labor union representing teachers in the United States, adopted a resolution this month that says schools can only open in places where the average daily community infection rate among those tested for the coronavirus is below 5 percent and the transmission rate is below 1 percent. That resolution denounces “unsafe and unsound plans” from state and local authorities “or the faulty implementation of plans.”

The union also said schools can only reopen if staff at high risk for serious health problems or death from contracting Covid-19 have access to special accommodations or workplace adjustments and local authorities have plans to shut down schools if infections spike. The union also demands that schools enact safeguards for classrooms, including rules for physical distancing and face coverings, and provide resources to sanitize facilities, as well as “necessary updates to ventilation and building systems.”

Last week, the Centers for Disease Control and Prevention released new guidelines that back the reopening of schools, stating that the coronavirus “poses low risks” to children, that kids are unlikely to be major drivers of disease spread and that they are harmed by extended school closures.

“In areas where there are hot spots, remote and distance learning might need to be adopted for a certain amount of time,” Deputy Education Secretary Mitchell Zais told reporters. “But the research and science continue to suggest that it is safer, healthier and better for students to be in school full time.”

If there is substantial, uncontrolled transmission in an area, the CDC suggests schools work with health officials “to make decisions on whether to maintain school operations.” If community transmission levels can’t be decreased, the CDC says “school closure is an important consideration” and virtual learning plans should be in place if campuses close.

Wed Jul 29 , 2020
(FILES) In this file photo taken on March 5, 2020 Britain’s Prince Harry, Duke of Sussex (R) and Meghan, Duchess of Sussex arrive to attend the Endeavour Fund Awards at Mansion House in London. – Prince Harry and Meghan Markle filed a lawsuit July 23 in Los Angeles against one […] 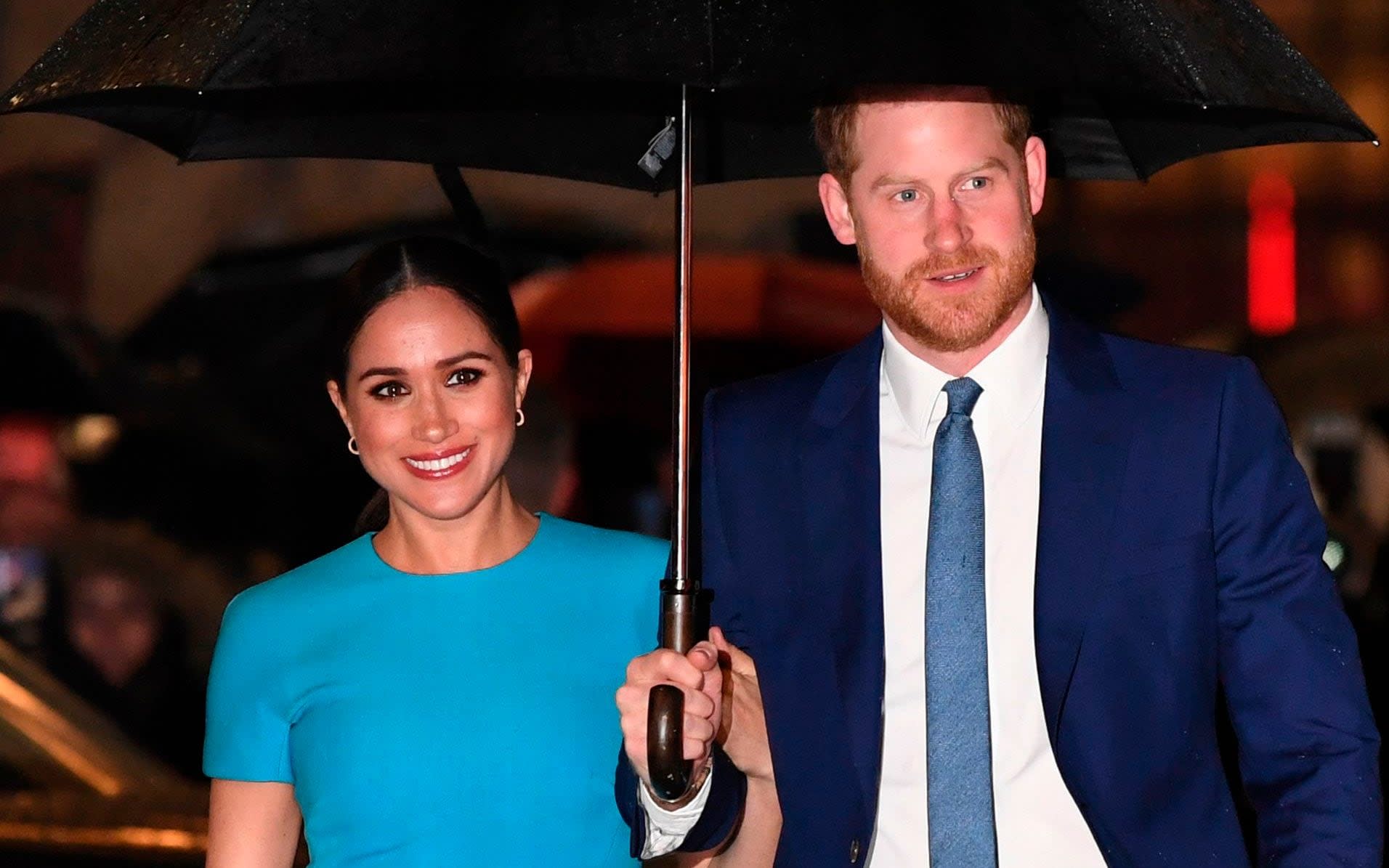