Under the leadership of Commissioner Penny Schwinn, Tennessee’s Department of Education and its affiliates have experienced turnover of one-third of its employees, department data shows.

Since Schwinn took office as commissioner in February 2019, a total of 405 employees, or roughly 33 percent, have left the department. The vast majority of employees leaving the department have resigned – about two-thirds of the total number.

A total of 244 employees left the departments’ subsidiaries, including the Achievement School District, State Board of Education, the Energy Efficient Schools Initiative, School Support Services program and the Tennessee Early Intervention System.

The Department of Education declined to comment on the turnover rate.

Constant fluctuation inside the department is beginning to have an effect on its ability to serve constituents.

“We’re not getting call backs,” J.C. Bowman, executive director and CEO of the Professional Educators of Tennessee, told The Center Square. “It’s just a constant turnover. We call sometimes, and phones have been disconnected. We don’t get return phone calls on behalf of our members.”

One teacher from Robertson County with whom Bowman worked submitted paperwork in February, but still is waiting to get word back on his teaching license.

“Where the rubber meets the road is the return phone calls for teachers, particularly in the key areas of licensure,” Bowman said. “It actually is one of the better-run departments over there. But there has been turnover.”

Five of 11 cabinet-level executives hired or retained by Schwinn have left the department or been removed from executive positions since last October.

Schwinn’s chief of staff, Rebecca Shah, who was recruited from her previous position working for Schwinn at the Texas Education Agency, left the department in June.

Schwinn’s deputy commissioner, Amity Schuyler, whom Schwinn recruited from Florida, left the department in May to serve as chief of strategy and innovation at Shelby County Schools.

Katie Houghtlin, a former colleague of Schwinn at the Texas Education Agency, previously served as assistant commissioner of Whole Child Supports. She was demoted from her executive role in May after an internal investigation found she “utilized verbal abuse, micromanagement, as well as harsh and inappropriate treatment” toward a staff member, Chalkbeat reported.

Last October, Schwinn fired Katherine Poulos, whom she had recruited from New Mexico to serve as chief of schools. Poulos recently filed a $1.5 million lawsuit against the department, claiming she was terminated because of a disability and in retaliation for reporting Schwinn’s discriminatory treatment of her after a medical emergency.

Schwinn’s assistant commissioner overseeing legislation and policy, Elizabeth Fiveash, had served under McQueen and played an integral role in the department’s relationship with the Tennessee Legislature. Fiveash resigned from the department just before the 2020 legislative session commenced. Former Policy Director Aleah Guthrie also resigned around that time.

“I think both [Fiveash and Guthrie] were very critical in implementing the policies in the last three or four years up there, and their loss was felt last session,” Bowman said. “I think that was clear particularly in the literacy bill.”

Another casualty of the high-level staffing upheaval is leadership in the Achievement School District. Superintendency of the Achievement School District has been vacant since former chief Sharon Griffin’s departure in June 2019. Lisa Settle, previously the turnaround district’s chief operating officer, has served as interim superintendent since, but no permanent leader has been appointed.

“We have a really chaotic department,” said Rep. Gloria Johnson, D-Knoxville, a former educator who sits on the House Education Committee. “It’s really hard to get the work done if you’re not organized and structured and really have a plan going forward, and I don’t feel like that department is thinking past two weeks from now. It’s frustrating.”

Despite the high turnover at the department, Gov. Bill Lee repeatedly has expressed his confidence in Schwinn’s leadership.

“Opening schools in the midst of a pandemic is one of the greatest challenges that any state has faced,” Lee said during a news conference earlier this month. “I’m very pleased with where we are in opening up our schools, and that’s the No. 1 job right now of that commissioner and of that department.”

Schwinn will appear before the House Education Committee in a summer study meeting Tuesday.

Wed Sep 23 , 2020
The AP Top 25 college football poll is out, and this should be the last week it does not include Big Ten teams. So before next week’s shake-up — which will also include the first weekend of SEC play — here’s what’s on tap for each ranked team, starting with […] 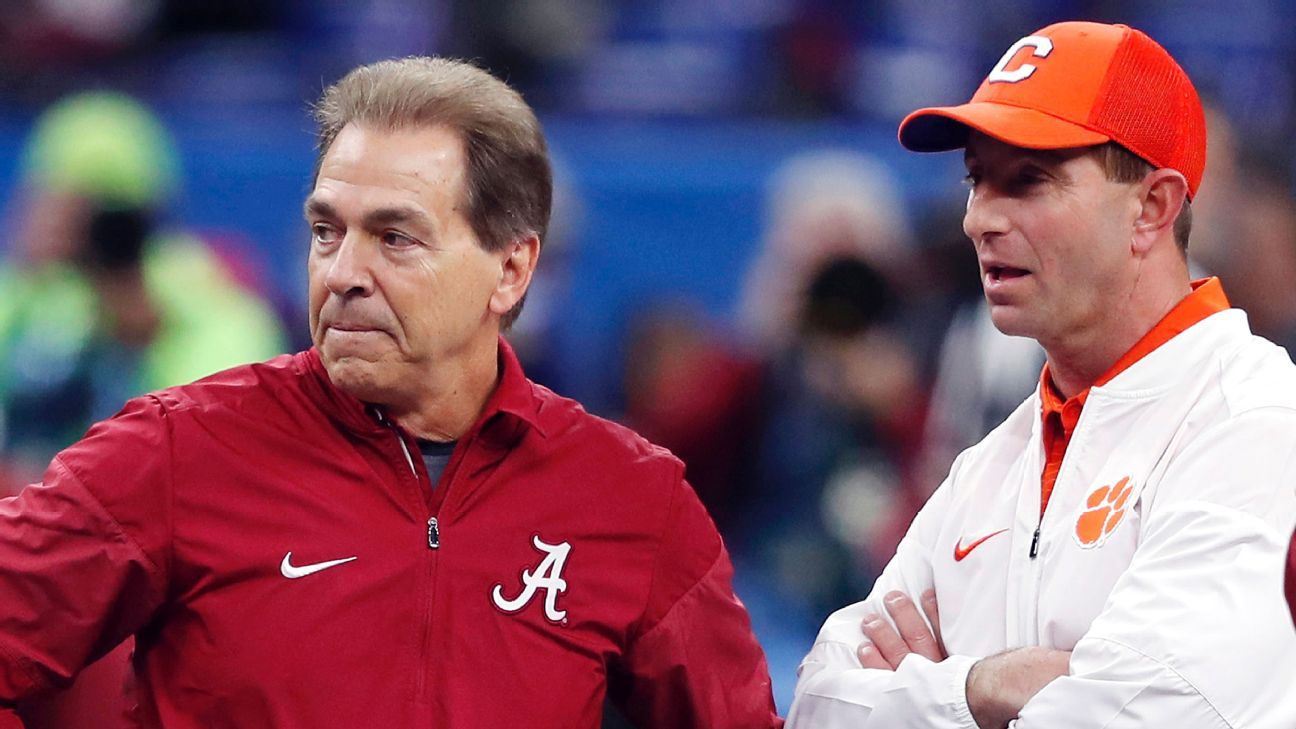