Every month, Philip Sherburne listens to a whole lot of mixes so you only have to listen to the best ones.

We’re halfway through this strange, unsettling year, and the outlook for electronic music isn’t looking any better than it was when the pandemic first shut everything down four months ago. Some promoters, festivals, and DJs have tried to pretend things are reverting to normal—which pretty much everybody agrees is a terrible idea—while others are crowdfunding just to stay in business. (The Berlin-based DJ Eric Cloutier articulated something that’s probably on a lot of musicians’ minds when he recently predicted, “I don’t think many, if any of us, will be DJing in clubs ever again.”)

Happily, the proliferation of online mix series in the last few years means that the art of the DJ mix itself is more versatile—and more portable—that you might expect. This month’s best mixes encompass sets that, sure, would be more pleasurable if experienced in a sweaty club with a few hundred dancing bodies, but don’t lose too much in their transition to 1s and 0s: Just see Juliana Huxtable’s industrial-strength Dekmantel podcast, or Soso Tharpa’s homage to riding roughshod over genre boundaries. As usual, there’s no shortage of headier, home-listening fare, either, like Mood Hut regular CZ Wang’s love letter to trip-hop, or Danish deep-house tricksters Sports and Central’s spin through the corners of the Regelbau collective’s archives.

patten – The ‘Monday Is OK’ Mix

Recorded entirely during lockdown, the UK producer patten’s recent album GLOW is pensive and hazy, a collection of contrapuntal synthesizer loops spinning aimlessly in place. His mix for Ransom Note’s “Monday Is OK” series captures a similar mood. Like the album, it’s entirely drum free, eschewing the tough club rhythms that distinguished patten’s 2019 album Flex; its dissonant sonics are even murkier than GLOW’s, recalling the low-bitrate collage work of early albums like 2011’s GLAQJO XAACSSO and 2014’s ESTOILE NAIANT. One curious fact about the mix: It was made entirely out of snippets of Ariel Pink songs, processed and re-pitched until they take on a sludgy sort of gleam, like the iridescent surface of an oily mud puddle. Along the way there are nods to the gelatinous textures of GAS and Actress, while the radiant finale sounds almost like an ambient remix of My Bloody Valentine.

Washington, DC’s Soso Tharpa is all about the drums. His set for Truants’ mix series takes in house, UK garage, broken beat, techno, acid, electro, and more, yet no matter the style of music he’s playing, his selections all feel unusually elastic; his habit of zig-zagging between genres only serves to accentuate all that snap and swing. Tharpa covers a lot of ground in just an hour, mixing up contemporary UK bass with curveballs from Baltimore club legend Rod Lee and punk-disco screamer Mutsumi; beyond the songs’ percussive punch, the through line drawing many of them together is their ultra-vivid textural sheen. John Roberts’ “Glue” sounds like a post-club take on Yellow Magic Orchestra, while you can feel the vibrations of Errorsmith & Mark Fell’s bizarrely bright “Cuica Digitales” deep in the fillings in your teeth. It’s a party set—just check the cheeky blend of ballroom with Ariana Grande’s “7 rings” toward the end—but it’s plenty serious, too. Right after Grande’s hair-flipping finale, Tharpa drops LL Cool J’s freestyle tribute to George Floyd. “For 400 years you had your knees on our necks,” the hip-hop veteran raps. “America’s a graveyard full of black men’s bones.” It’s a heavy conclusion to a breezy, unburdened hour—a reminder that the freedom of the dancefloor quickly dissipates once the lights go back on.

Juliana Huxtable’s set for Amsterdam’s Dekmantel podcast is not for the faint of heart. Following a brief introductory crescendo of abstracted sound design—rustling, murmuring voices, then the metallic crunch of a car crash, or perhaps an artillery barrage—the New York DJ launches into thundering, 140 BPM techno and refuses to let up for the next hour. Along the way, she slips between pile-driving four-to-the-floor rhythms and sandblasted breakbeats, drawing energy from trance, industrial, and even alt rock. Nathan Micay’s streamlined “Nightfall in Neo-Tokyo” provides a colorful point of contrast—a calm before the radioactive storm—while shoegazers Curve’s 1997 single “Chinese Burn” flashes back to the days of The Matrix, when every action film soundtracked its fight scenes with metal guitars and distorted breaks. Scattered throughout are snippets and samples of songs you might recognize, but Huxtable’s fast-and-furious style of mixing means that they’re often gone before you can identify them—or, as in the case of the disco strings at the set’s climax, simply obliterated by her drums’ overwhelming force.

Los Angeles’ Maral made her name as a DJ by extending the Iranian folk music of her upbringing into new contexts, like ambient and industrial-strength club music. This hard-charging mix for the Arabic-language publication Ma3azef is one of Maral’s most wide-ranging sets yet. Kicking off with a spoken-word poem by the long-suppressed Iranian feminist poet Forough Farrokhzad, it bulldozes through borders to cross Turkey, Jordan, Egypt, South Africa, Mauritania, and more, with heavy bass, churning percussion, and dub effects as the common denominators. Maral’s own productions—including some from her upcoming album on Leaving—are the glue that holds it all together. Sometimes—often—it’s unclear just what you’re listening to: A stretch of marimba, breakbeats, trance synths, and “Gasolina” chants makes for a particularly head-spinning highlight. Maral describes the mood as “a combination between melancholy and anger”: When she recorded the set in April, she was processing the looming possibility of war between the U.S. and Iran, as well as the ways that American sanctions were putting Iranian COVID-19 patients at risk. That context might explain a particularly blistering stretch featuring Kathleen Hanna’s Le Tigre, British anarchists DIRT, and Olympia, Washington’s Farsi-language punk rockers ETERAZ—a display of righteous fury that’s equivalent to warming your hands over a pile of burning passports. To finish up with Skeeter Davis’ tearful 1962 hit “The End of the World” is a stroke of inspiration; to let the record slowly, eerily drift to a dead halt is genius.

Few mixes hold onto a single groove the way this one from Cleveland’s adab does, and fewer still do it with a groove this slippery. The tempo is a cool 95 or 96 BPM from start to finish—a lazy andante, neither too fast nor too slow: Goldilocks meets rockers uptown, perhaps. There’s more than a hint of dub to their selections, too, albeit more in the reverb and delay than in the beats themselves, which lean toward hand drums and tuned percussion with the deep, resonant ping of water droplets on metal surfaces. It’s a heady set that holds its cards close to its chest—at least until a little more than halfway through, when a strange, squirrelly classic from Mouse on Mars kicks off a psychedelic stretch that wends through Psychick Warriors Ov Gaia’s breakbeat trance, DJ Python’s ambient dembow, and the shimmery crunch of Meat Beat Manifesto. In the set’s final stretch, the North African reeds of On-U Sound’s African Head Charge and DJ Stretch make good on the otherworldly impulses bubbling just below the surface.

Since kicking off its residency on Crack Magazine’s virtual airwaves a year and a half ago, Anthony Naples and Jenny Slattery’s Incienso label has turned in sets from Beta Librae, Nikolajev, and Sleep D, along with the label founders themselves. Now, New York’s CZ Wang closes out the run with a pleasantly sluggish set that’s perfectly suited to summer heat waves. He opens with a real head-turner: a Russian-language ballad for string synths, rain stick, and voice with an almost Lynchian vibe. The surreal mood now set, he sinks into a mix full of trip-hop breaks that’s got the mid ’90s written all over it. (Indeed, the first such track Shazam successfully identifies is Single Cell Orchestra’s “Transmit Liberation,” from 1993.) It’s been a long time since these sorts of head-nodding grooves had much cachet, but Wang’s forays beyond modish boundaries end up surfacing some gems—languid tracks full of muted trumpet, hip-hop scratching, and squiggly acid lines, the sort of thing that once flourished on labels like Mo’ Wax and Ninja Tune. The tempo subtly rises across the set’s back half, until suddenly we’re in jubilant piano-house territory, and a conclusion—pitting an alternate mix of Seal’s “Crazy” against McCoy Tyner’s spiritually rich “For Tomorrow”—that really shouldn’t work, but somehow does, wonderfully.

Aarhus, Denmark’s DJ Sports & DJ Central—aka brothers Milán and Natal Zaks—have kept a low profile over the past couple of years. After Sports’ 2017 album Modern Species augured an imminent breakthrough for their hometown’s Regelbau collective, they retreated into their cozy DIY world, selling vinyl-only singles via Safe Distribution, their mail-order operation, and generally kept an arm’s distance from most digital platforms. But the two recently turned in an hour-long broadcast for a Dublab showcase from 12th Isle—the label that put out Palta Og Ti På Den Tolvte Ø—and it makes for the perfect opportunity to catch up with their curious, self-contained universe. The selections flit drowsily between dubby downbeat, deep house, rolling breakbeats, and even the occasional stab at quick-stepping techno. No matter the tempo, the colors are as rich as all-natural pigments, and the mood is laid back and even a little bit whimsical, complete with between-song commentary as reassuring as a therapist’s voice.

Ben Bondy’s music tends toward deep abstraction. In the past few months, the Brooklyn electronic musician has put out three releases—his debut album, Sibling, for Experiences Ltd.; a split EP with Berlin’s exael on Huerco S.’s West Mineral Ltd.; and a self-released mini-album—each one more ineffable than the last. Shapeless synths jostle and drift, aimless as flotsam in the tide; when there are drums, they burble along, practically out of earshot. He takes his ambient tendencies to an extreme in this set for radio.syg.ma, an online platform run by the like-minded Russian artist Perila. It feels as much like a still life, or a landscape photograph, as music: There’s little in the way of forward motion, just swirling chords, a luminous background glow, and faint rustling sounds. At times, it seems to nod to the textural obsessions of ASMR. Early in the set, a Spanish-language poem by Daniel Rincon deepens the hypnotic mood; toward the end, an unexpected passage of breakbeats from exael flashes back to the liquid drum’n’bass of the ’90s—a brief explosion of kinetic energy before the set crumbles into dust.

Colleges could reopen if they test students every 2 days; Fauci 'cautiously optimistic' for vaccine this year

Fri Jul 31 , 2020
In its biggest coronavirus vaccine deal yet, the U.S. said Friday it will pay French pharmaceutical company Sanofi and Great Britain’s GlaxoSmithKline up to $2.1 billion to test and produce 100 million doses of an experimental coronavirus vaccine. The deal is part of Operation Warp Speed, a White House-led initiative aimed […] 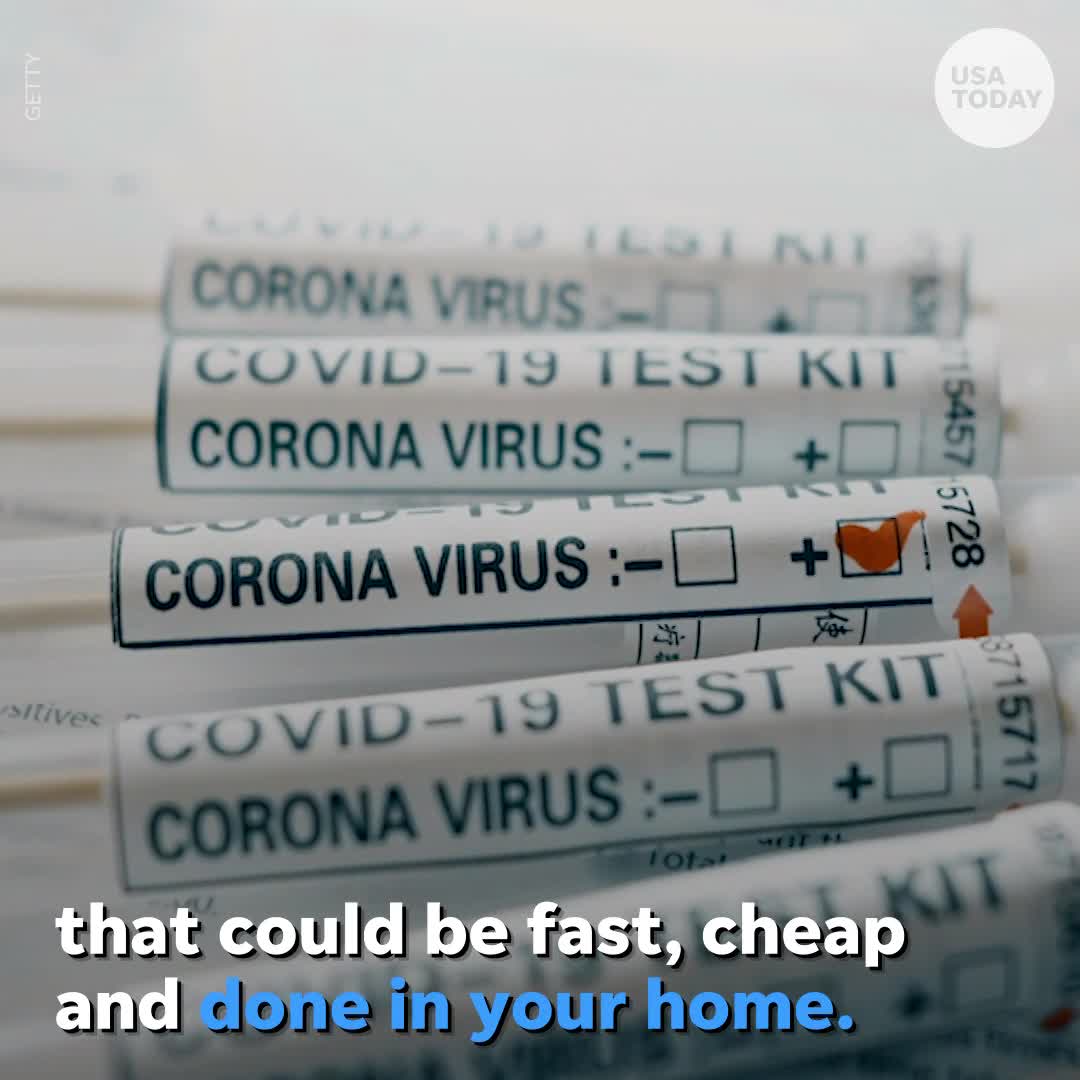