Note: Numerous titles drop off streaming services monthly, so the availability of titles below may change.

Saitama is an average salaryman with a dream to do good in the world.

He might not be gifted with extraordinary powers, but he puts in the work instead, establishing a daily fitness regimen of 100 sit-ups, 100 pull-ups, 100 squats and a 10-kilometer run.

The intense training renders him entirely bald, and virtually indestructible. Saitama passes the physical superhero exam easily, but he struggles with the written test.

In the end, he qualifies into an infuriatingly mundane role, mostly rescuing cute kittens from trees. Even when he succeeds in seeking out more dangerous challenges, he obliterates every enemy with a single punch.

Saitama has become the most powerful guy on the planet. Now he might also be the most bored. “One-Punch Man” is a sharp satire of the superhero genre, and Saitama’s journey to find fulfilment is clever, hilarious, and surprisingly poignant.

“One-Punch Man” is available to watch on Netflix.

Adapted from the phenomenally popular Korean webtoon by Yong-je Park, this new series is airing weekly on Crunchyroll.

“The God of High School” follows martial artist Mo-ri Jin as he joins the titular tournament, which gives the strongest students from every high school in South Korea the chance to battle it out, with the winner granted any wish they desire.

To aid them in combat, the teenage warriors practice Charyeok, drawing on the power of ancient heroes, gods and monsters to gain supernatural abilities. This concept opens up a mythological universe of creative possibilities.

But stealing strength from immortals is a risky business, and Mo-ri and his friends soon learn that such acts come at a price. “The God of High School” begins as a high-energy action anime and evolves into an epic battle for honour, truth and justice.

“The God of High School” is available to watch on Crunchyroll.

Izuku Midoriya lives in a world where everyone is gifted with supernatural skills called quirks.

Izuku alone is ordinary, but that doesn’t stop him from enrolling in the top training academy for the next generation of heroes.

When Izuku demonstrates true altruism by selflessly protecting a fellow classmate from danger, legendary hero All Might secretly bestows him with his own quirk. All Might’s super strength is a tough power for Izuku to master, but he’s determined to prove he has what it takes.

With an eclectic cast of characters and epic action sequences set at a Hogwarts-meets-Marvel high school for heroes, “My Hero Academia” has become one of Japan’s most successful anime shows.

“My Hero Academia” is available to watch on Amazon Prime.

‘Cyborg 009: Call of Justice’ is a dystopian twist on the superhero origin story

This show is one of Japan’s most enduring superhero franchises, with the original manga published in 1964.

Sinister government operation Black Ghost once kidnapped ordinary civilians and transformed them into cyborgs with supernatural skills. In the original anime series, the nine participants united to rebel against their masters. “Cyborg 009: Call of Justice” finds them 50 years later, enjoying a tranquil covert retirement.

That is, until journalist Lucy Davenport knocks on their door with evidence of a strange discovery. The information hints at the existence of the Blessed, an ancient race of super-humans who have secretly watched humanity since the dawn of time. Now they want to rule – and it’s up to the Cyborgs to stop them.

The action-packed series stands out for its cast of international characters, with the cyborg team including American, French, Japanese, Kenyan, British, Russian, Native American, German, and Chinese members.

“Cyborg 009: Call of Justice” is available to watch on Netflix.

Imagine if you could be invisible – but only to one person at a time. Or gifted with super-speed – but unable to control your direction.

That’s the catch in the world of “Charlotte” where the show’s titular comet zooms past Earth every 75 years, bestowing the children who inhale its cosmic dust with infuriatingly specific superpowers.

Yu Otosaka is one such gifted kid. He can look at someone and instantly possess their body – but only for five seconds. Yu is your average mischievous middle-grader, so he uses this power to get bigger kids to punch out his enemies and slyly read the smart students’ test papers to ace exams. His reign of terror continues until Nao Tomori uses her invisibility skill to outwit Yu and convince him to enrol at Hoshinoumi Academy, a school where gifted students are protected from the government scientists itching to experiment on them. “Charlotte” combines a clever conspiracy plot with moments of comedic genius to create an intriguing twist on the standard superhero story.

“Charlotte” is available to watch on Crunchyroll.

Mikoto Misaka is a high school student with electromagnetic superpowers that would give Thor a run for his money.

She’s a rare Level 5 Esper in a futuristic Tokyo where supernatural gifts are commonplace. But Mikoto is particularly powerful, and her skills come with responsibility.

As Mikoto patrols the city hunting down a growing number of wayward Espers whose powers threaten society, she uncovers a dangerous plot that calls into question every rule she’s been taught to follow.

“A Certain Scientific Railgun” stands out among other anime shows for giving Mikoto the street smarts and skills to unravel the mystery on her own. This is a fast-paced, inventive show with a brave, brilliant heroine.

“A Certain Scientific Railgun” is available to watch on Amazon Prime.

Stan Lee’s legacy on comic book culture is international, and “Heroman” is one of several manga series he co-created.

The anime follows Joey, an orphaned American boy who works part-time at a diner and dreams of saving up to buy a Heybo, the cool new robot all his friends at school are talking about.

Luck strikes when he finds a broken model abandoned in the rubbish and begins trying to fix it up. The robot stays stubbornly inanimate until a mysterious lightning bolt transforms it into a towering giant Joey names Heroman.

Together they investigate the source of the lightning and defend humanity from an alien invasion accidentally set in motion by Joey’s eccentric science teacher.

Stan Lee makes a sly cameo as a regular customer at the diner where Joey works. Sharply-plotted and full of blockbuster fight scenes, “Heroman” is a classic show about friendship, family and what it means to be a hero.

“Heroman” is available to watch on Crunchyroll.

Their flashy suits are decorated with brand logos and they vie to be crowned the best, bravest and most likeable hero in the annual tournament.

Old-school hero Kotetsu Kaburagi (Wild Tiger) insists on keeping his true identity a secret and his popularity is slipping. The producers pair him with new kid Barnaby Brooks (Bunny) to create the first hero tag team.

Barnaby is Kotetsu’s exact opposite, showing his unmasked face to the camera every chance he gets. Initially, the pair despise each other, but in true buddy cop style, they join forces to survive and succeed in a competition that exists to both protect and control heroes who might otherwise be feared and ostracized.

“Tiger & Bunny” mixes its sly comedy with thought-provoking commentary on the cult of celebrity.

“Tiger & Bunny” is available to watch on Amazon Prime.

Masayoshi Hazama has always dreamed of becoming a hero. But this is real-world Tokyo, where superheroes only exist in anime.

Armed with no special skills and a costume from his granddad – another superhero fan – he soon attracts the attention of police officer Hidenori Goto.

At first, Hidenori despises the random dude in a cape who keeps interrupting his day. But after he unmasks Masayoshi, the two team up and inspire other would-be heroes to join their crew.

Besides being a cool, quirky subversion of the superhero genre, “Samurai Flamenco” raises interesting ideas around altruism, power and responsibility.

“Samurai Flamenco” is available to watch on Crunchyroll.

The 9 best Korean thrillers to watch on Netflix right now

Hello, Your Horoscope for the Week Is Here

Sun Aug 16 , 2020
From Cosmopolitan Overview: The world often asks, “What do you need to do?” But the stars ask, “Who do you need to be?” Tuesday’s New Moon in Leo wants you to choose to be the most secure, powerful, and open-hearted version of yourself you’ve ever been. On Wednesday, messenger planet […] 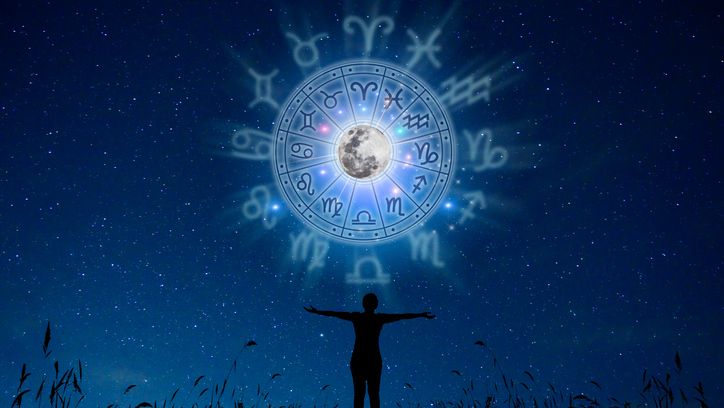