Lisa Kauffman is no stranger to animal abuse.

As the Idaho and Wyoming state director for the Humane Society of the United States, she’s gone into homes where cats and dogs were beaten, neglected, and emaciated. She’s walked past the corpses of animals that had been collected by hoarders and forced to live among their own filth.

Her job is at times so dark, in fact, that Kauffman started to worry it had desensitized her to cruelty.

As it turned out, though, none of that despair was enough to prepare her for the horror of “animal crush”: an internet subculture where people make and share videos of animals being tortured and killed to a fawning audience on social media.

Videos featuring the abuse of animals have been posted online for years, but the recent arrest of an Indiana woman accused of creating numerous videos skinning, hanging, and suffocating dogs and cats, and a Netflix documentary featuring animal crush as a precursor to a Canadian murder, has piqued a morbid curiosity on the subject.

This year, Kauffman was dragged into that world when internet sleuths and investigators began looking into Instagram user  Serial_Dog_Killer_Dude, an account that had posted a prolific number of animal cruelty videos.

The FBI eventually arrested a 19-year-old they believe was responsible for the violent content posted on the account in Kokomo, Indiana, according to a federal criminal complaint.

When they took Krystal Cherika Scott into custody, they found two dead cats in her freezer and other disturbing items they say link her to the crimes, the FBI affidavit says.

Web sleuths who worked around the clock to identify the owner of the account determined she had gotten the animals from rehoming ads online.

Scott has been charged with one count of animal crushing and one count of creating animal crush videos, and is being held in jail pending a bail hearing, according to court documents viewed by Insider. Both charges carry a $250,000 fine and up to seven years in prison.

Her arrest, though, didn’t come close to putting an end to the availability of animal torture content online.

The Humane Society of the United States receives between 12 and 20 new cases of animal crush abuse each year.

The videos, which are often shared on Instagram, Facebook, or the dark web, are largely filmed in impoverished countries where young women are often paid large sums of money to dress in lingerie and step on and kill small animals, according to Janette Reever, a senior specialist on global Anti-Dogfighting, Animal Protection, and Crisis Response.

In those cases, it can be almost impossible to track down the content creators. When the content is created in places like the US, Canada or Europe, however, civilian web sleuths — often animal advocates — jump into action in an attempt to gather any information that could identify the suspect.

These men and women obsessively scrutinize the graphic content pixel by pixel, looking street signs, traffic lights, storefronts, or anything else that can serve as a clue to the killer’s whereabouts. Then they discuss their work with one another on team up in closed chats on Discord, Reddit, and social media groups.

Michelle, a 42-year-old New Jersey woman who asked not to be identified by her last name, spent between 15 and 17 hours a day for over a month completely dedicated to the recent Kokomo case.

The animal lover first became interested in tracking animal abuse cases online in 2015 when she adopted her now internet-famous dachshund, Dobby.  Before his adoption, Dobby had been seriously abused, with one of his legs being sawed off, and Michelle scoured the internet trying to track down the perpetrator.

While she wasn’t successful in finding Dobby’s abuser, Michelle said she was one of the web sleuths who was in direct communication with the FBI throughout their investigation into Scott.

“Every time there is a crisis or some kind of crazy abuse thing everyone comes to me,” said Michelle.

After discovering the case of Serial_Dog_Killer_Dude, Michelle began following all of the abuser’s related accounts.

In one video, the abuser picked up two dachshunds “who looked exactly like Dobby” and it was clear they were dead.

The case turned into a full-time job. Throughout all of June and early July, she evaluated everything from the killer’s tattoos and markings, movies playing in the background of the graphic videos, to the way the light shown through the windows of her home.

In the process, she created two separate usernames and personas on social media. Using one of them, she befriended the Serial_Dog_Killer_Dude account and communicated directly with the account owner.

While she never encouraged the killings during her interactions, Michelle said she used the relationship to ask incriminating questions that could be used to track her down and gather evidence if the case were to be prosecuted.

“I had to have a split personality and become like best friends with the dog killer, asking questions like ‘how did you get that down to the skull?’,” Michelle said, referring to how the abuser skinned the animals. “I asked, ‘how would I go about doing this?'”

With a different username, Michelle befriended Krystal Scott’s personal account, on which she shared videos hugging and being affectionate with her pets.

When law enforcement first started to connect Scott to the animal abuse case, Michelle said she convinced her to do a live video to address it.

In the video, Scott denied that she had really killed any animals and said it was a hoax. That video, though, also included shots of incriminating items tying her to the killer accounts, Michelle said.

Michelle said she stayed in close communication with law enforcement and Kauffman throughout her investigation.

The story behind his capture, and the role that web sleuths played in the investigation, was featured in the popular Netflix docuseries “Don’t F*** with Cats.”

“Animal advocates make the best detectives because we’re so passionate about what we do,” Kauffman said.

In the Krystal Cherika Scott case, Kauffman was on the receiving end of the possible evidence. For weeks, her phone and email was flooded with the photos of cats and dogs fighting for their lives.

Every day, there would be another 50 images, many of them repeated, from strangers around the world.

The images showed key chains that had been fashioned out of the severed tails and legs of four kittens. The eyeballs of dogs and cats were collected and put into a jar. The skinned skulls would be placed into bowls and photographed.

The suspect would post previews to the upcoming killings to her audience and take requests for which animal they wanted to see die next.

“They could easily be your next-door neighbor. She was someone’s neighbor,” Kauffman said of Scott. “When I saw the key chain of the kitten tails, I said, ‘OK, so at some point, if they don’t catch this person, we’re going to see a key chain with human fingers or an arm.”

Michelle said that she hopes that the case teaches people not to judge a book by its cover. When rehoming an animal online, the person who shows up to pick up the animal could seem loving, but really be a monster, she said.

“It would be irresponsible for me to discuss the case in the media at this point in time,” Attorney Mike Donahoe, a public defender told Insider. “Much better to leave the talking for the judge.”

Michelle feels that people like Scott should never be let out of jail.

“This is a whole new level of sick, to be sweet and kiss the new dog and then within two hours you’re hanging them, cutting their throats, and cutting their heads off,” Michelle said. “There is no coming back from it.”

To read about how animal abuse has proliferated online — and what social media companies are doing about it, click here.

What the cast of Coyote Ugly look like now

Wed Jul 29 , 2020
Photo credit: Getty Images From Cosmopolitan In August 2000, cult classic Coyote Ugly was released (it was a hell of a year all round for films, by the way). To mark the movie’s 20th anniversary, let’s take a look at what the cast have been up to since, shall we? […] 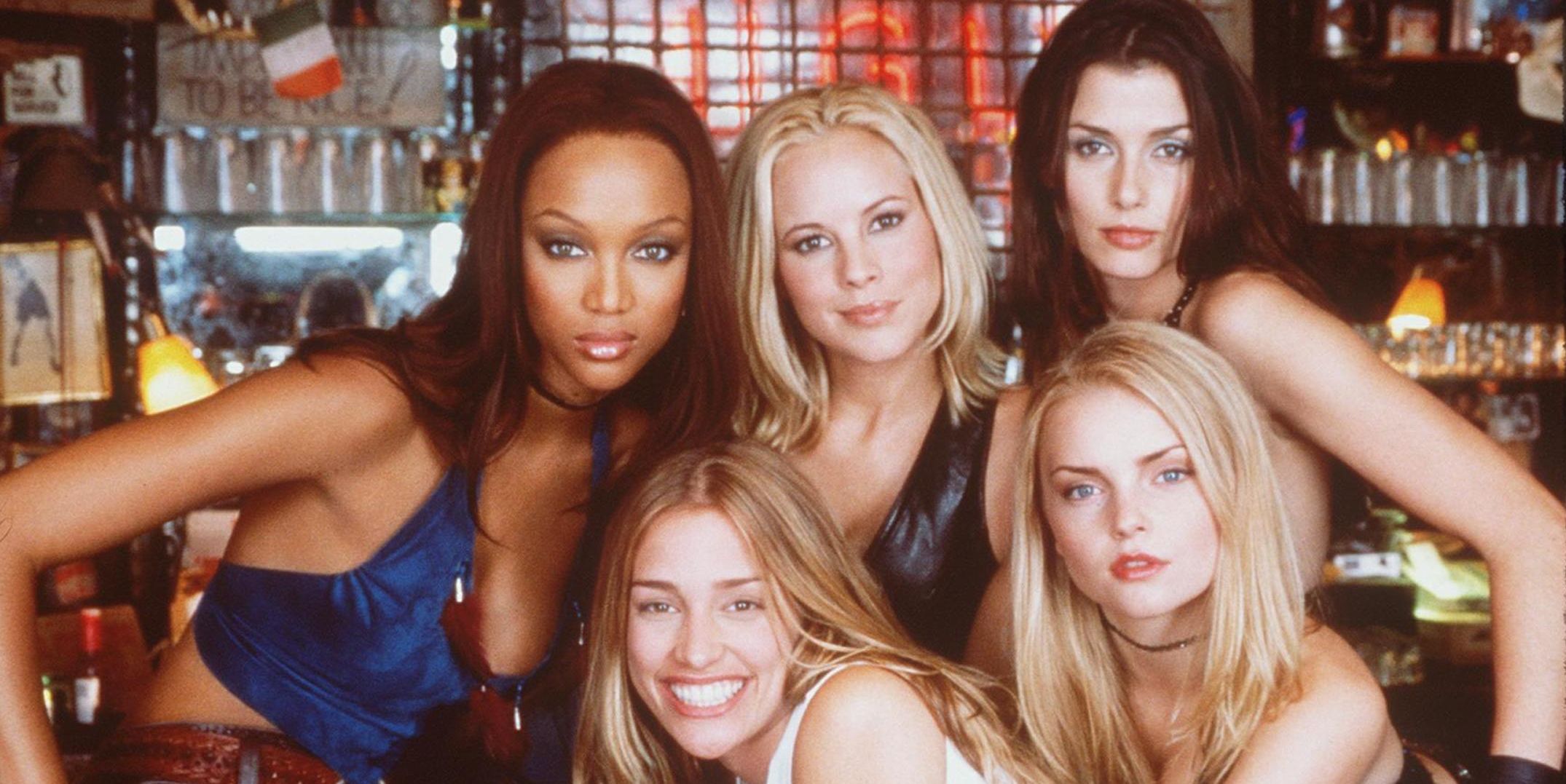