The coronavirus pandemic forced legions of office workers in Connecticut to work at home to stop the spread, but the strategy hit a major disruption when Tropical Storm Isaias knocked out power — and in many cases, internet — to hundreds of thousands of utility customers in the state.

Major employers in the Hartford area said Wednesday they were coping with how the loss of power was affecting employees working remotely. In some cases, shifting responsibilities to employees who did have power. Some were even considering allowing some workers to come back to the office on a temporary basis.

Travelers Cos., a property-casualty insurer employs 7,000 in the Hartford area, said it is being as flexible as possible as employees deal with power loss, internet problems and storm damage.

“Colleagues from other parts of the company are able to support those who have been affected by Isaias so that we can continue to respond to customers, agents and brokers who need our help,” Matt Bordonaro, a Travelers spokesman, said. “We’ll continue to watch this situation, and we will consider opening up our Hartford office to a limited number of employees if it is needed.”

Storm Isaias knocked out power to more than 720,000 electric customers in Connecticut Tuesday, one of the biggest outages in memory, surpassing two recent hurricanes, Sandy and Irene. Eversource, the state’s largest utility, said it could be five to 10 days before power is fully restored.

For years, evolving technology has made it increasingly possible for office employees to work outside the office, and it smoothed the transition when the pandemic struck.

But Isaias sheds light on the limitations to that technology, experts said Wednesday.

“It’s another facet of this double-edged sword, right?’ Carrie A. Bulger, a professor of psychology at Quinnipiac University who has studied the effects of technology on businesses. “We can be home working and until some catastrophe hits, and then we are kind of stuck.”

Bulger said the problem of working remotely is that workers access information that is stored on a virtual cloud. It’s pretty rare, she said, for people to bring home their external hard drives or make printouts.

Napolitano’s business is virtual so she is used to dealing with hiccups on the internet but not like the ones in the past 48 hours. After losing power Tuesday afternoon, she and her family went to a friend’s house in town that had power to catch up on emails.

This morning, frustrated by a lack of cell service, Napolitano had to drive as far as Pope Park in Hartford to see some improvement. She later discovered that a couple of messages didn’t go through, and she ended up standing up a couple of clients.

“Ultimately, we decided to head down to my brother’s house on the Cape where we can actually work virtually and not lose these days,” Napolitano said.

Connecting to the internet is linked largely to first having power, Jeffrey Lavery, a spokesman for Cox Communication, an internet provider in Connecticut.

“Tropical Storm Isaias has caused numerous commercial power outages that have affected Cox customers,” Lavery said. “Cox, like other ISPs, requires commercial power to both the home/business and our network devices in the area. As such, restoration of services will follow the power company’s timetable for bringing all of its customers back online.”

Frontier Communications said the loss of power also has disrupted telephone and internet service for its customers in New Haven, Hartford and surrounding areas.

An extended loss of power is likely to mean more state office workers coming in to work this week, though a major uptick had not been reported as of Wednesday, according to Lora Rae Anderson, a spokeswoman for the state Department of Administrative Services.

“We’re still asking that staff work from home if they’re able, but our guidelines are in place to prepare for situations like this one — so we can continue to provide essential services to our residents,” Anderson said.

“We also encourage anyone, including state employees, who may be visiting friends and family to access power and internet to continue following public health best practices like wearing face coverings, washing hands, and social distancing,” she said.

The Hartford, which employs 6,500 in Connecticut, said work can be shifted to other parts of the country, if necessary.

The Hartford said it was not willing to compromise its commitment to keeping its employees safe from COVID-19 by asking those who can’t work due to power outages to come into the office.

Thu Aug 6 , 2020
Gwyneth Paltrow interviewed Cameron Diaz on her Goop YouTube channel. goop / YouTube Cameron Diaz said that she has found “peace” since retiring from acting in 2018. In an interview with Gwyneth Paltrow for “In goop Health: The Sessions,” the former “Charlie’s Angels” star said that the industry left her […] 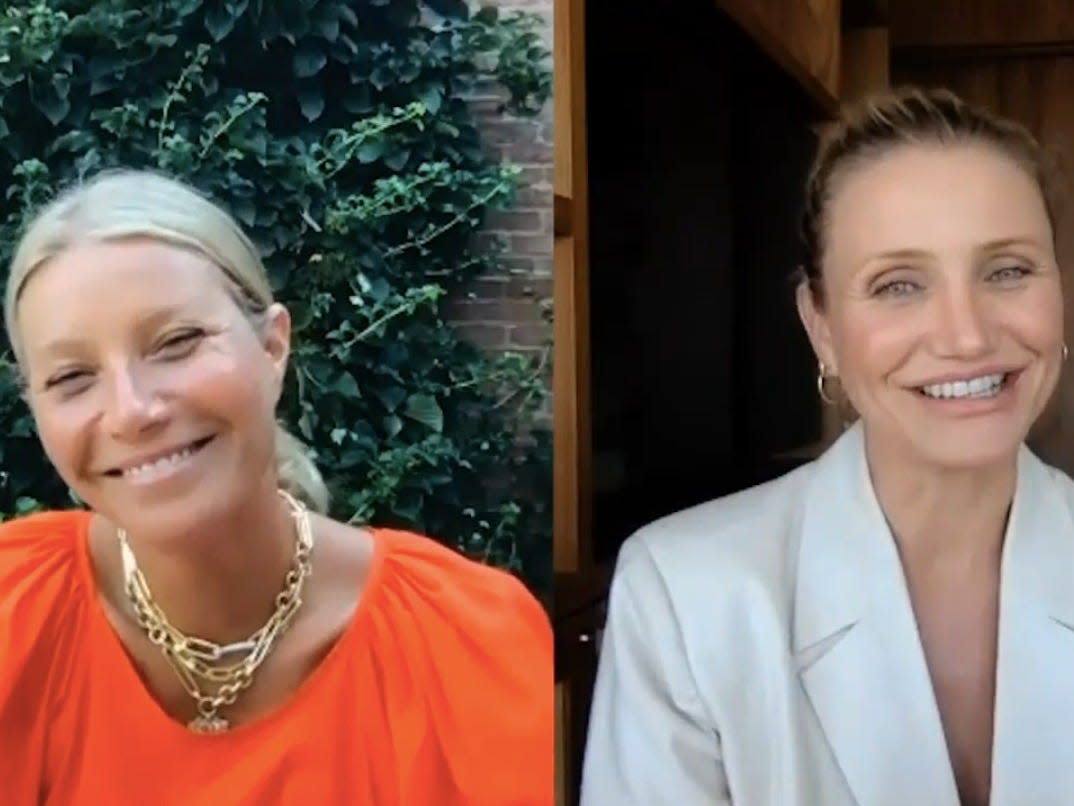