This week looks to be the biggest yet for original feature films debuting online. We don’t have data for “Greyhound,” the Tom Hanks World War II drama that Sony sold to Apple for $70 million; ditto Sundance hit “Palm Springs” on Hulu (a $22 million deal, also intended for theaters), or what traction “Hamilton” had in its second Disney+ weekend.

In a business-as-usual world, those would be significant players. (Related: Originally slated to open last weekend were “The Forever Purge” and “Ghostbusters: Afterlife,” with “Minions: Rise of Gru” in its second week.) Of even greater note: 10 VOD originals filled 50 percent of the four top 10 VOD lists we track. This weekend reflects a shift to newer titles, rather than those that received a theatrical release.

Rod Lurie’s “The Outpost,” set during the Afghanistan war, is #1 at Apple, and #2 at FandangoNow and Spectrum in its second week. It seems to have staying power and has received endorsements that can help more than reviews, including this one from someone who was there:

Doing almost as well is “Trolls World Tour.” While it was never in theaters, Universal followed the same precept as standard theatrical windows: For 90 days, it maintained a premium price of $19.99. Now reduced to $5.99, it is #1 at FandangoNow, #2 at Apple, and #3 at Amazon. No complete numbers yet, but don’t be surprised if Universal ends up with over $150 million in domestic rentals.
Also scoring a #1, at Spectrum, is “Force of Nature” (Lionsgate). The robbery-in-a-hurricane thriller co-starring Mel Gibson took #4 at FandangoNow and #5 at Apple in its second week.

On three charts as well is Judd Apatow’s “The King of Staten Island” (Universal), still at premium pricing in its fifth week, ranking as high as #2 on Amazon Prime. Overall, Universal and Focus occupy 14 of the 40 positions. “Irresistable” places on two lists, as does “You Should Have Left,” both now at premium prices several weeks into their runs.

IFC added a #4 VOD showing for the horror film “Relic” at Apple to go along with the nearly $600,000 it has grossed in drive-ins over the last 10 days. The multi-faceted distributor is also showing some life with Hirokazu Koreeda’s French-made “The Truth” continuing to find interest at Apple after nearly hitting the top 10 its first week. That is very rare for a subtitled film, much less one without theatrical exposure.

Two Netflix originals are doing well. Gina Prince-Bythewood’s well-reviewed Charlize Theron action film “The Old Guard” went to an immediate #1. Like another Netflix action title, “Extraction,” it clicked immediately by scoring the top spot for all content stayed there for its first three days. That’s ahead of both “Da 5 Bloods” and “Eurovision Song Contest,” neither of which made the top slot on day 1. As to whether this means “The Old Guard” is doing better — who’s to say? But if it continues, it will be a rare combination of acclaim and success among Netflix originals.

Original Netflix documentary “Mucho Mucho Amor: The Legend of Walter Mercardo” is at #6, but all of these titles pale next to “365 Days,” which is still placing after five weeks and has more #1 days than any other movie they’ve shown this year. Also at #3 is “Only,” a science-fiction film originally slated for VOD release from Vertical.

Meanwhile, back in the movie theaters, “The Empire Strikes Back” grossed around $500,000 in just under 500 theaters — enough to make it #1 for the weekend. These remain curious stories, but the reality is these grosses are not enough to sustain a cinema, much less encourage studios to leap into the void with their top titles.

Ranked by number of transactions, with position as of Monday, July 13

Ranked by revenue accrued not transactions, for the week of July 6 – 12

Ranked by number of transactions, with the daily position as of Monday, July 13

Sign Up: Stay on top of the latest breaking film and TV news! Sign up for our Email Newsletters here.

Mon Jul 13 , 2020
The novel coronavirus pandemic has now killed more than 570,000 people worldwide. Over 13 million people across the globe have been diagnosed with COVID-19, the disease caused by the new respiratory virus, according to data compiled by the Center for Systems Science and Engineering at Johns Hopkins University. The actual […] 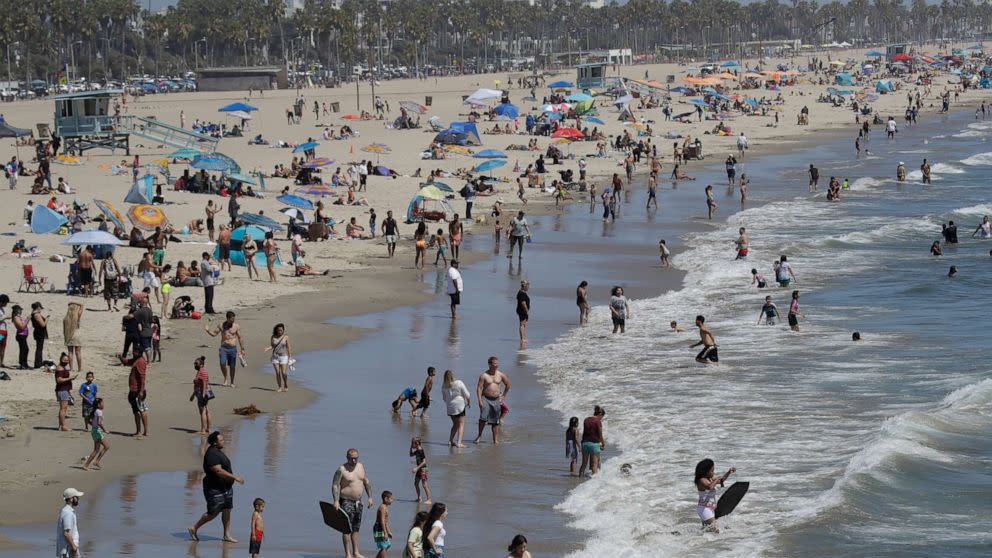