More than any event in recent history, the coronavirus pandemic has made plain the consequences of our abuse of animals. From the Chinese wet market where the virus likely emerged to the American slaughterhouses which have become key vectors of transmission, our ravenous demand for cheap meat has been implicated in enormous human suffering. But the suffering is not ours alone. The pandemic has also focused our attention on how American agribusiness – which has benefited from deregulation under the Trump administration – abuses animals on an industrial scale.

As slaughterhouses across the nation have been forced to close by the virus, gruesome stories have emerged of the mass killing of millions of chickens and pigs who can no longer be brought to market. Chickens have been gassed or smothered with a foam in which they slowly suffocate. Among other methods, pigs – whose cognitive abilities are similar to dogs – have been killed by a method known as ventilator shutdown, in which the airways to a barn are closed off and steam is introduced. A whistleblower’s video shows thousands of pigs dying as they are slowly suffocated and roasted to death overnight.

Although the pandemic has focused attention on these incidents, they represent a tiny fraction of the daily abuses heaped on farmed animals. The billions of animals slaughtered every year in the United States are intelligent, sensitive beings capable of feeling a range of emotions. They are driven to raise their young and form complex social structures, both impossible under the conditions of modern farming. Instead, they live short, painful, disease-ridden lives. Chickens, who make up over 90% of the animals slaughtered every year, suffer the worst. Their deaths are subject to effectively no federal regulation, meaning the birds are frequently frozen, boiled, drowned or suffocated to death.

Trump has moved to deregulate agribusiness even further, giving companies that abuse animals freer rein to prioritize profit over welfare

Unsurprisingly, the Trump administration has moved to deregulate agribusiness even further, giving companies that abuse animals freer rein to prioritize profit over welfare. The administration dropped enforcement of animal welfare statutes and moved forward with proposals to reduce the role of government inspectors in overseeing conditions at slaughterhouses – proposals which an inspector general says are based on faulty data. The administration also removed from public view a searchable database of animal inspection reports, shielding abusers from scrutiny. The records only went back online when Congress forced the administration’s hand.

As in other areas, the culture war waged by Trump’s supporters has enabled his pro-business policies. “Soy boy” has emerged as the insult of choice among the alt-right, identifying meat consumption and complicity with animal suffering as markers of masculinity. When the right cast the Green New Deal as an assault on the American way of life, they were sure to include copious meat consumption among the precious tenets under threat. “They want to take your hamburgers,” former White House aide Sebastian Gorka told a conservative audience, equating the Green New Deal with “Communism”. The reactionary writer Jordan Peterson, who has made a fortune from trolling the left, even chimed in by claiming to follow an all-beef diet.

Bringing an end to the atrocity which is America’s system of animal agriculture requires challenging both the coziness of the government-agribusiness connection and the cultural norms which underpin it. But other recent developments have shown how hard this will be. Sales of meatless meat have exploded in recent years, but they remain a tiny fraction of overall sales. Meanwhile, although Cory Booker became only the second vegan to seek a major party presidential nomination, the strength of cultural and political headwinds prevented him from drawing a link between his dietary preferences and public policy. When pushed, he embraced the framing of the issue favored among the right, declaring the freedom to eat meat “one of our most sacred values”.

As concern over abusive practices on factory farms and public interest in alternative diets have grown, businesses and their political allies have fought back with laws intended to restrict the information and choice available to consumers. So-called “ag-gag” laws, which criminalize undercover investigations of conditions on farms, have been joined by state laws preventing plant-based alternatives from using labels such as “meat” or “sausage”. The Food and Drug Administration is even considering a nationwide ban on the use of the word “milk” to label alternatives derived from soy or oats, in an effort to protect the dairy industry.

In the face of so many vested interests, even the harm caused by the pandemic looks unlikely to lead to fundamental change in America’s system of food production anytime soon. But there are glimmers of hope. When meat supplies dwindled in the first weeks of the lockdown, sales of plant-based products surged, suggesting consumers see them as a genuine alternative. If these products can be improved to a point where they can compete with meat on taste and cost, consumers and even the meat industry might embrace them on a large scale, potentially spelling the end of industrialized animal abuse.

For both the billions of animals raised and killed each year and for ourselves, that day cannot come soon enough. There is nothing natural or inevitable about factory farms, which have transformed human agriculture into a monstrosity which would be unrecognizable to previous generations. After they pass into history, future generations will view them as one of the greatest crimes ever perpetrated by humankind. As coronavirus ravages our economies and our bodies, it is clearer than ever that only a pervasive and self-defeating blindness prevents us from seeing factory farms the same way.

Pac-12 player movement for change is positive, but unrealistic

Mon Aug 3 , 2020
Close your eyes for a minute and begin to ponder the drumbeat leading up to the 2021 college football season. The COVID-19 pandemic will – insert a word synonymous with a prayer emoji – be mercifully in the rear-view mirror. The normal rhythms of media days, full-contact fall camps and […] 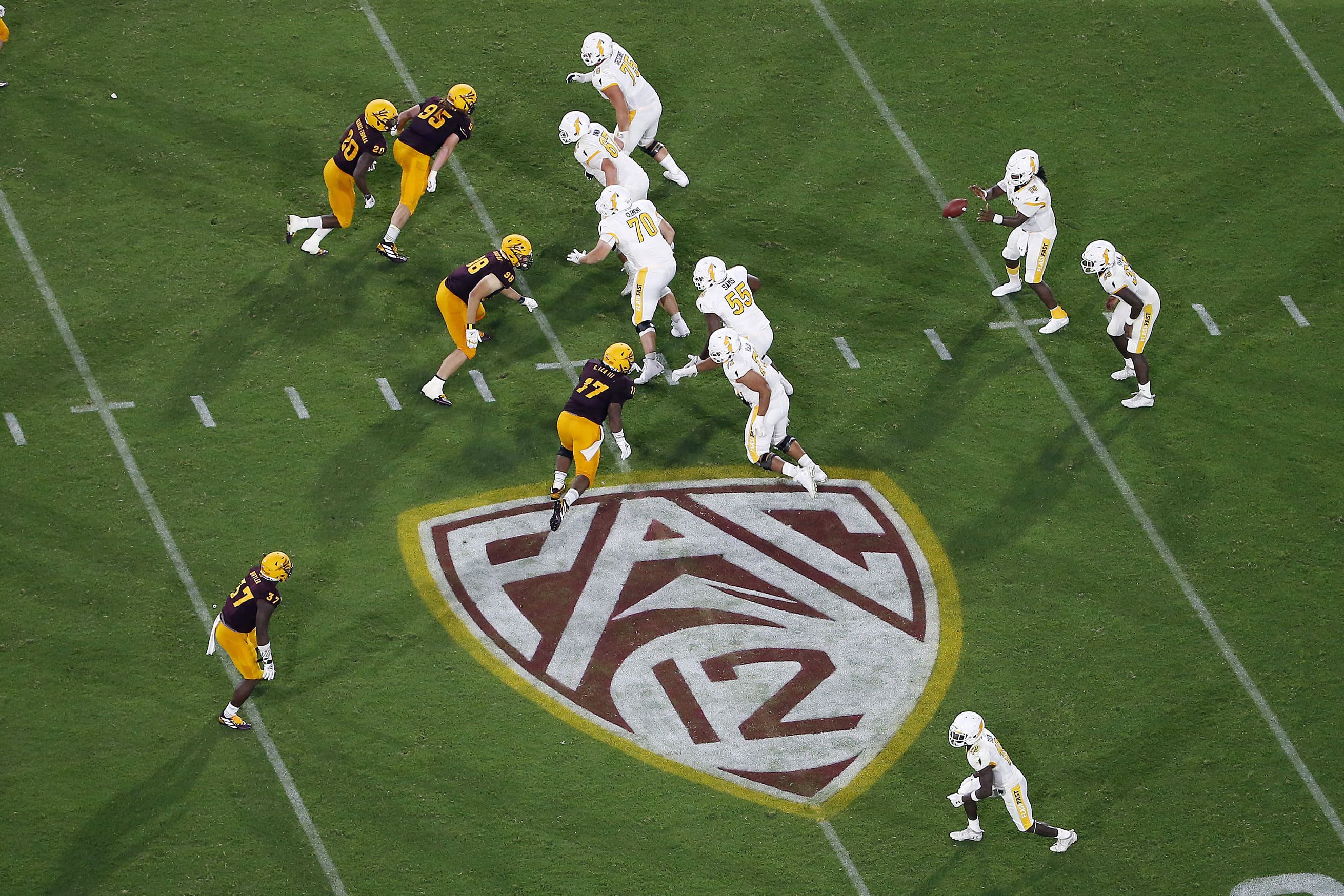