With coronavirus cases spiking in dozens of states, the prospect of anything resembling a normal school year is fading fast.

Schools can’t safely reopen if infections are exploding in the communities they serve.

But in regions where the pandemic appears to be under control, it is most important to get the youngest children back into school buildings, to stop the alarming slide in their learning. Older students, especially those in college, are better equipped to cope with the difficulties of online education.

That is the broad consensus among experts on back-to-school priorities. But, as things stand now, much of the United States is preparing to do exactly the opposite.

In many towns, college students are more likely than kindergartners to return to school for in-person instruction. An example is my home of Ann Arbor, Michigan, where schoolchildren will be learning completely online and university students will be attending at least some classes in person.

Fifteen of the 20 largest school districts are expected to be teaching fully online in the fall, according to data collected by Education Week, a trade publication focused on education. By contrast, among colleges, the pattern is reversed. Just 128 — roughly 4% — of the nation’s thousands of colleges have announced plans to hold classes solely online, according to data gathered by Davidson College.

There are plenty of exceptions. At the elementary and secondary levels, major school districts like Hillsborough, Florida (which includes Tampa), and Dallas are planning to have students attend classes in person. New York City, which has the nation’s largest school system, is trying to have it both ways, by having students split their learning between the classroom and the home.

The Boston campus of the University of Massachusetts plans to shift classes completely online, as do several of Harvard’s graduate programs. But most colleges are welcoming students back to campus this fall, while enormous public school districts like Los Angeles Unified and Philadelphia are expected to have no children in their buildings.

A broad group of educators and health experts argues that young children should be the first back in classrooms, partly because if a child doesn’t learn to read, write and handle numbers early in primary school, she or he may struggle for the rest of her or his life. And as a practical matter, many young children can’t log themselves onto a computer and learn independently, as university students can.

The educational needs of young children have economic implications. When children learn at home, they need adults nearby to assist them. Affluent families can afford to hire a nanny to supervise their children during the school day, but most people cannot.

Sometimes older siblings will help younger ones, which can interrupt their own learning. But a lot of parents will have no option but to give up work to watch their kids, which will hamper the economic recovery and aggravate inequality in wealth and income. The economic case for getting young children back to school first is therefore very strong.

But just because something makes sense, doesn’t mean it automatically happens.

For colleges, competition for tuition dollars is pushing them to take outsize risks to get students back on campus, while for public school districts, inadequate funding — combined with the failure of government to curb the coronavirus — is keeping them from getting children safely back into school buildings.

Consider the plight of some American colleges. Most rely on tuition to survive, though some schools have other revenue streams: Public institutions get financial support from their states and a relatively small number of private schools have enormous endowments that generate substantial income.

Colleges without deep pockets — those that rely most heavily on tuition — are at the greatest risk of extinction in this pandemic.

Many college administrators rightly fear they will lose students to their competitors if they don’t hold out the promise of in-person classes — which means opening their campuses. This creates what, in economics, we call an immense coordination problem. The first colleges to announce that they are teaching entirely online will risk a plunge in enrollment and tuition revenue, so relatively few have been willing to do so.

The colleges that have bucked this trend tend not to face strong competitive pressures. In California, the chancellor of the large, statewide community college system recommended in May that these schools should go online. This was a logical move, from an economic standpoint, because students tend to choose the community college closest to their home, and that reduces competition: Each college has market power in its area. A community college in San Diego doesn’t worry about its students decamping to a school in San Francisco.

Two community colleges in Los Angeles might compete with each other, however. But because the community colleges are part of a unified system, they can act in concert and are not driven to risk the public health in order to compete for students who prefer learning in person.

In contrast, the elite University of California campuses like Berkeley and Los Angeles operate in a highly competitive environment, vying with each other (and with top private colleges) for the best students in the world.

Perhaps that’s why the University of California schools held out the prospect of in-person classes long after the community colleges. The University of California, Berkeley only announced in late July that it would be operating completely online, while UCLA revealed in mid-June that it was planning to teach just about one-fifth of its classes in person or in a hybrid format.

If competition for students is preventing many colleges from making choices that would benefit the public, constrained public revenue streams are behind the existential challenge for schools that educate younger students.

Because of the crisis, budgets are being slashed just as costs are rising. Schools that hope to reopen safely need a steady supply of masks and sanitizer; upgraded ventilation systems; more school buses and drivers; a robust system of testing and tracing; and lots of extra real estate for social distancing. But the tax revenues that fund schools are drying up in the economic downturn. Elementary and secondary schools typically eat up 22% of state and local budgets. Across the United States, state and local governments could face shortfalls this year estimated to total more than $700 billion. And nearly every state has a balanced budget requirement that precludes using borrowing to get through this crunch.

Without extensive investment in safety measures, virus outbreaks will most likely close any school that opens its doors. And with Congress headed toward its August vacation, it’s unlikely that fresh funds will start flowing to local schools soon. In this environment, it is not surprising that many districts are deciding not to reopen classrooms, and that many teachers are protesting when asked to return.

The decisions of schools reverberate beyond the classroom, affecting the broader economy. And, like the pandemic itself, the effects spill across city and state lines, with the choices in one place constraining the ability of businesses in another to survive. A pandemic is exactly the type of interstate, multisector challenge that an active federal government is built for.

By now, in many places, it’s already too late to undertake the enormous preparation needed to open classrooms to young children this fall. That could change in the unlikely event of a big and immediate infusion of federal funding.

This assumes, of course, that the government has succeeded in suppressing the pandemic outside schools. If the coronavirus is raging unchecked through a region, no amount of funding can make it safe for children to be in school.

Tue Aug 4 , 2020
The views expressed here are solely those of the author and do not necessarily represent the views of FreightWaves or its affiliates.   Both the United States and the European Union (EU) have been looking into novel ways to stabilize their supply chains amid the COVID-19 pandemic. Since their economies are […] 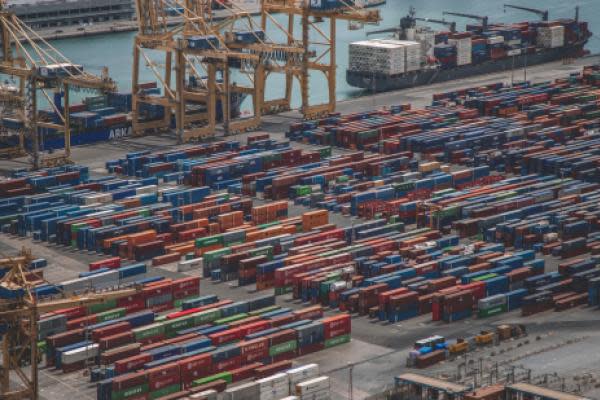