Despite all the fears about reopening schools, we actually know a fair amount from watching other countries about how to do it safely. Success looks a lot like Uruguay and Denmark. It does not look like Israel.

And it bears no resemblance at all to what’s shown in a photo from North Paulding High School in Dallas, Ga., in which teenagers are packed into a hallway, few of them wearing masks. Even before classes there began, members of the school’s football team had already been diagnosed with COVID-19. On Sunday, the school announced that nine infections had been reported in the first week of classes, and it was temporarily moving to online-only instruction.

Other schools in Georgia and Mississippi are also reporting cases of infected students. In Corinth, Miss., which opened its schools two weeks ago, a single case of an infected student became six cases within days, and the quarantine of 116.

On top of failing to create a safe environment, the principal of North Paulding High School reportedly warned students not to publicize the conditions there. Two students say they were suspended for posting photos and video of the unmasked hallway crowds. If true, this appears to be a stark flouting of their 1st Amendment rights. (One of the students said Friday that her suspension had been rescinded.) This is a public school, so the public has the right to know what’s happening. Are administrators more concerned with student safety or their own image?

If this is how large swaths of America plan to reopen schools, the nation is in even deeper peril than current virus surges have indicated.

The South is the hot spot for this dangerous new beginning to the school year. Most of the recent upticks in cases have been in that region, where governors seem intent on complying with the Trump administration’s forceful and unscientific campaign to make schools provide full-time, in-person instruction.

There are legitimate reasons to reopen schools. Remote education is a poor substitute for real classrooms, and children with learning barriers — poverty, language difficulties, special education needs — are at an even bigger disadvantage. Many parents need to leave home to work. Children need the stimulation, socialization and in too many cases, the free lunches.

But in the calculus of whether and how to reopen schools, the debate too often isn’t about balancing educational needs with public health, mental health, the science of COVID-19 or any of the other important factors. It has become a political battle, with Trump trying to act as if our lives haven’t been upended by the badly handled pandemic.

COVID-19 doesn’t yield to his aspirations and it doesn’t pick political sides; it follows the laws of science. But that’s not how Trump is treating it. “The science should not stand in the way” of schools reopening fully, White House spokeswoman Kayleigh McEnany has said. Children are “almost immune” to the disease, the president himself preposterously claimed last week. And too many states are following that same blind path.

The country should be working — carefully — toward bringing students back to their campuses. But that means following the examples of successful nations, starting with overall infection rates well below their current levels in many states, and then adding some combination of an incremental opening of campuses, a dramatic reduction in class sizes, physical distancing, better hygiene, and masks and/or outdoor classes.

Uruguay and Denmark are among those that did it the smart way and have kept infection rates enviably low. Israel, on the other hand, started with low infection rates and then went too far too fast with its schools. It paid the price with more than 150 students and 25 staff members sickened at a single Jerusalem high school. Hundreds of schools have since been shut down, and at least one teacher died. The country now has among the highest rates of new infections in the world, and schools have been named as one of the primary factors behind the rise.

Some areas of the United States with low infection rates — of all things, New York City is now one of them — may be ready to move ahead. If they follow incrementally and carefully in the footsteps of Uruguay and Denmark, American kids might have a shot at returning to classes without become the starting points of new outbreaks.

In the meantime, Georgia and some other states appear to be more interested in pretending that COVID-19 isn’t all that dangerous than in implementing a sane and protective public-health policy. That, sadly, is a model for how not to reopen schools.

What These 32 Netflix Stars Did Before They Were Famous

Mon Aug 10 , 2020
With over 167 million subscribers, Netflix has the power to turn unknowns into superstars virtually overnight — and that’s been the case for the stars of several of the streaming service’s original television series and films. Some Netflix notables had been pursuing acting for years before getting their big break, […] 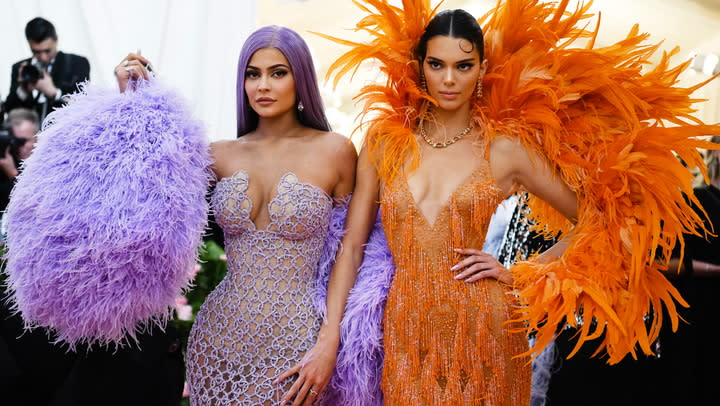