Watford captain Troy Deeney has rejected talk he will be involved in team selection for Tuesday’s game with Manchester City and refuted reports there was a fight during half-time of Friday’s 3-1 defeat at West Ham.

Hayden Mullins has been appointed interim boss at Vicarage Road after Nigel Pearson left the role of head coach on Sunday, with the club 17th in the Premier League and three points above the relegation zone.

While Mullins and head of goalkeeping Graham Stack will take charge of the Hornets against City, the captain will be focused purely on matters on the pitch.

“I just want to put it out there, there was no fight at half-time,” Deeney told beIN Sports. “It is 2020, you don’t do that any more and certainly with all the cameras you would see a lot more if that was the case.

“The gaffer didn’t put his hands on anybody. He was just frustrated and had a firm talking to us. No-one was fighting, no-one was punched and no-one was tickled. There were no hands thrown.

“Second of all Troy will not be picking teams because I have read that online as well. I am player-coach apparently. Anything else I have missed out? We wasn’t locked in so a lot of interesting things.”

Deeney admitted he was surprised by the decision to sack Pearson, who was Watford’s third permanent manager of the campaign after Javi Gracia and Quique Sanchez Flores.

The 56-year-old guided the Hornets to notable triumphs over Manchester United and Liverpool, but will not finish the job he started in December.

“You get to a point in football where you are not surprised any more, but I would say this one surprised me and took me back a bit,” Deeney added.

“I wasn’t anticipating that was going to be the situation we’d walk into on Sunday. We had an up and down week before.

“We won two games (against Norwich and Newcastle) and you’d like to think we would have got a better result against West Ham, but that wasn’t to be and the club made a decision.

“We want to make sure we give them the best chance because ultimately their career depends on it moving forward.”

Interim head coach Mullins is only focused on the next two Premier League games against City and Arsenal.

The former West Ham midfielder, who was in charge against Leicester and Crystal Palace in December, is looking forward to the challenge.

He said: “One of the things we have had to deal with in the last couple of days is the manager leaving. However that has come about is something we can’t let dissuade us from our focus. Our focus are the last two games.

“We know the manager was a big part of it, but the club have made a decision and us, the players and staff have to be professional enough to focus on the next two games.”

After Pearson’s appointment at the start of December, Mullins remained part of the first-team set-up after previously coaching Watford’s under-23s.

He insisted it was “fantastic” to work with the former Leicester manager and assistant Craig Shakespeare for the last eight months.

“I learnt a lot under the time they were here and really enjoyed the time we spent together, it was a good experience for myself,” Mullins added.

I’ve been overwhelmed by the well-wishes I’ve received from Watford supporters and the football community. Thank you all for your kind messages. Although not able to finish the task I was brought in to achieve, I wish Watford all the best for their final two games. Cheers, Nige.

“At the moment I recognise where we are and what the situation is and what we need and how we need to focus.

“That is my focus at the moment. My focus is on Tuesday and preparing for the game and anything more long term I have not thought of.”

On Monday, Pearson said on Twitter: “I’ve been overwhelmed by the well-wishes I’ve received from Watford supporters and the football community. Thank you all for your kind messages.

“Although not able to finish the task I was brought in to achieve, I wish Watford all the best for their final two games. Cheers, Nige.”

Here's why COVID-19 has made arts education so problematic

Mon Jul 20 , 2020
Arianna Carson, who plans to study dance at SUNY Purchase in the fall, is photographed near her home in Rowland Heights on July 6, 2020. (Christina House / Los Angeles Times) As a dance student at the Los Angeles County High School for the Arts, Arianna Carson’s meticulously scheduled days […] 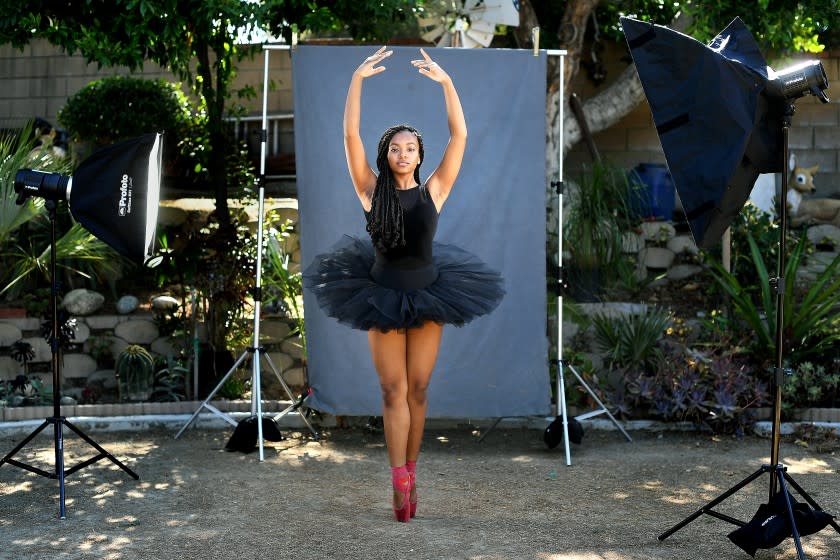