Coronavirus is pushing business schools online. Recession is pushing employees and interns out of work. Is this the perfect time to take a “gap year” — defer starting that MBA program or suspend that job search and work on personal growth and passion projects?

Eric Tarczynski thinks so. The founder of Contrary Capital, a university-focused venture fund, Tarczynski is banking on the entrepreneurial chops of the talent in, and close to, higher education, and on that talent’s desire to launch now — no more waiting, now. Literally banking on it — Contrary is offering up to $100,000 to as many as five teams with ideas for new companies.

What are they looking for? Anything. Good ideas that can become good, and great, companies. Just bring the brainpower and the dedication to see your idea through. In addition to the funding, Contrary will connect the selected teams with entrepreneurial experts, specialists in scaling up, a network of potential hires, and whatever else they need to create a successful venture. They are accepting submissions on a rolling basis through August 31.

“It doesn’t matter if you’re an undergrad, MBA, or Ph.D.,” Tarczynski says. “We also have no industry preferences, and are interested in funding international students regardless of visa status.

“The only requirements are that you commit to working on your project full-time from September through next spring, and that at least one member of your team is taking a gap year to build your company.”

‘PAYING $50,000 A YEAR TO TAKE ONLINE CLASSES IS JUST NOT APPEALING’

Contrary, which Tarczynski founded in 2016, is a San Francisco-based venture fund that looks for promising early-career engineers, designers, and product minds and connects them with a support community, then invests in companies they start or join. Contrary’s founding principle is that most important technology companies — the Googles and Snapchats of the world — were started at universities.

That principle is on hiatus in the age of coronavirus. The pandemic has changed the entire ecosystem. Without B-schools in session  —with campuses, the epicenters of networking, shut down — founders need help raising funds, finding partners, getting guidance. “If you can’t meet people on campus, how are you supposed to find a brilliant co-founder, access capital and mentorship, or spend time heads-down building?” Tarczynski asks, pointing to a company survey that shows 65% of students either considering a leave of absence or having already committed to taking a gap year. “Yet the unfortunate reality,” he adds, “is that most people can’t afford to just take a year off and sit this out.”

Contrary’s Gap Year 2020, a “first-of-its-kind program,” boils down to giving college students the chance to that gap year and build that company, with a $100,000 cushion to help keep the lights on. It’s an “experiment,” Tarczynski says.

“I think the coming year at business schools will be very interesting,” he tells Poets&Quants in a recent phone interview. “And that’s kind of part of the reason why we’re experimenting: Because everything is just going to have to shift virtually, right? Perhaps obviously, paying $50,000 a year to take classes online is just not appealing.

“The logic is, people are going to have a ton of free time, so if we can connect them with the right people or play matchmaker, or if they just have an idea that they’ve really wanted to work on for a long time but they’ve always been held back because they’ve just been busy or something like that — there’s no better time than right now. There’s no better time to start working on something. And we want to invest in a bunch of them.

“There are a lot of people who are saying the university is dead or business schools are going to die. We don’t feel that way at all. In fact, we feel quite confident in the future of universities. But for right now, the physical elements are what make universities so special. And so, in the interim, something like this should be a really fantastic kind of way to replicate that for a handful of folks.”

It’s the physical element of business school — the cocktail parties, the business card exchanges, the handshakes, the serendipity — that entrepreneurs miss most, Tarczynski says. He wants Contrary to step into that vacuum for a select few visionaries.

“I think universities are what they are because of the physical nature, the people, the social interaction, things like that,” he says. “And we pretty strongly believe that the limiting factor for young people when it comes to company creation is actually just workload and bandwidth. And so once you remove that and you can facilitate connections between like-minded peers, people start working on cool projects in their free time, which inevitably leads to kind of interesting companies.

“So we actually ran a program called Home(work) in April that did just that. And after that program ended in May, we put our heads together and decided that the next natural step would be not just to connect ambitious young people, but also to start funding them and encouraging them to take this coming year off from school to build a company instead. And that’s what we’re doing.”

International students experiencing visa issues, or who fear they might, shouldn’t be dissuaded from applying, Tarczynski says. Contrary wants to hear their ideas, too.

“We’re particularly interested in funding folks who are foreign students who might be in the process of getting kicked out of the country right now,” he says.

Tarczynski says depending on the success of the first batch of ventures, the program could be an annual affair, eventually becoming “the de facto option for entrepreneurial/ambitious students.”

“I think there’s a really distinct scenario where that could be the case,” he says. “Obviously this is not a program for everybody, right? It probably caters to 0.1% of college students. It’s a very small number of people who would be interested in something like this. But I think having it as an option is something that will probably continue to persist, regardless of whether there’s a pandemic.

“We’re pretty strong believers that universities are going to come back, especially the major research universities, and they are going to be just as strong as ever. But it’s our hope that, at least for this year, we can help replicate what they do with this experiment. And then after that, we really knows?”

The post This VC Firm Is Offering MBAs $100K To Take A Gap Year appeared first on Poets&Quants.

Thu Jul 16 , 2020
FULTON COUNTY, GA — Fulton County Schools Superintendent Mike Looney announced Thursday morning that students will begin the school year on Aug. 17 with the universal remote learning model. “The data and information from our health partners is overwhelming. This virus is spreading and not slowing down,” Looney said. “I […] 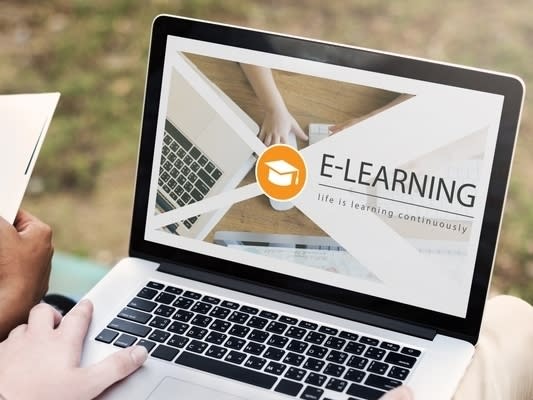