A tie-up of TikTok with Microsoft could extend American dominance of the online and social media world. But it may have some unintended, negative consequences too for US firms and the open internet.

The deal being negotiated with the administration of President Donald Trump would carve out parts of the popular video app for Microsoft, which would gain a foothold in the fast-growing, youth-focused social media environment and join the ranks of rivals like Facebook.

Such a deal “would strengthen American preeminence in technology by moving a major consumer product from Chinese ownership,” said Darrell West, director of the center for technology innovation at the Brookings Institution.

“But it also could encourage data nationalism by fueling calls in many nations for local control over internet platforms and data storage within their own national borders.”

Other analysts said the deal could have far-reaching effects for the idea of an open internet, a longstanding position of Washington in contrast with that of China and other authoritarian regimes which restrict online content.

“It would cross a rubicon in terms of internet governance,” said Graham Webster, editor of the DigiChina Project at the Stanford University Cyber Policy Center.

“This would result in the US appearing to support the longstanding Chinese position, which is that if they don’t like the way another country’s companies operate, they can ban or seize them. That would be a huge step.”

Microsoft said it has been in talks with TikTok parent firm ByteDance to acquire TikTok’s operations in the United States, Canada, Australia and New Zealand and address Washington’s concerns about data security in light of claims that the social platform could become an espionage tool.

Trump said he is likely to approve such a deal, and set a mid-September deadline after which he would ban TikTok in the United States.

Any deal would give Microsoft a large chunk of the estimated billion-user TikTok base and technology which has helped make the app wildly popular with young smartphone users.

The talks come against a backdrop of growing dominance in much of the world of US-based Big Tech firms in social media, online search and advertising, cloud computing and other sectors which have become more important during the coronavirus pandemic.

Patrick Moorhead, analyst with Moor Insights & Strategy, said the US may be justified in its move because of China’s limits on US firms operating in that country.

“China has been imposing these rules on us for the last 25 years,” he said.

“If you are an American company setting up in China you need a 49 percent local owner and you need to give up intellectual property. A Chinese firm in US doesn’t need a US owner sponsor, you just open up shop. The US wants symmetric trade rules.”

Susan Aaronson, a professor and head of the Digital Trade and Data Governance hub at George Washington University, said any effort to carve up TikTok could face major hurdles and lead to negative consequences.

“They can’t divide up the app, no such thing has ever been done,” Aaronson said, adding that there has been no carity on how a sale would affect TikTok in dozens of countries.

Aaronson said Trump’s “bullying” of TikTok and ByteDance could encourage other countries to take similar actions, possibly against American firms which dominate the non-Chinese internet ecosystem.

“The whole thesis of the internet is data should flow freely across borders,” Aaronson said. “If you’re bullying and acting as a nationalist the internet gets more divided.”

Webster said the large US tech firms could face consequences from what might be seen as an “expropriation” of TikTok.

“It could be extremely costly if one of these (US) firms is forced to spin off part of its operations,” he said.

More fundamentally, Webster said a forced TikTok sale would represent a step away from globalization which has benefitted the Silicon Valley giants.

“The US position has been that companies should be able to do business across borders, and that openness is beneficial to US companies,” he said.

The divesting of TikTok “might set in motion a pattern of localization of online services” which the US and its companies have opposed, he added.

Fri Aug 7 , 2020
A high-achiever at her government school in Jammu and Kashmir, Nadiya Akbar wants to pursue her dream of studying medicine – Samaan Lateef Pausing to catch her breath, Nadiya Akbar, 16, squats on a rocky precipice overlooking the miniature houses of her village of Wagoora nestled in the valley below. […] 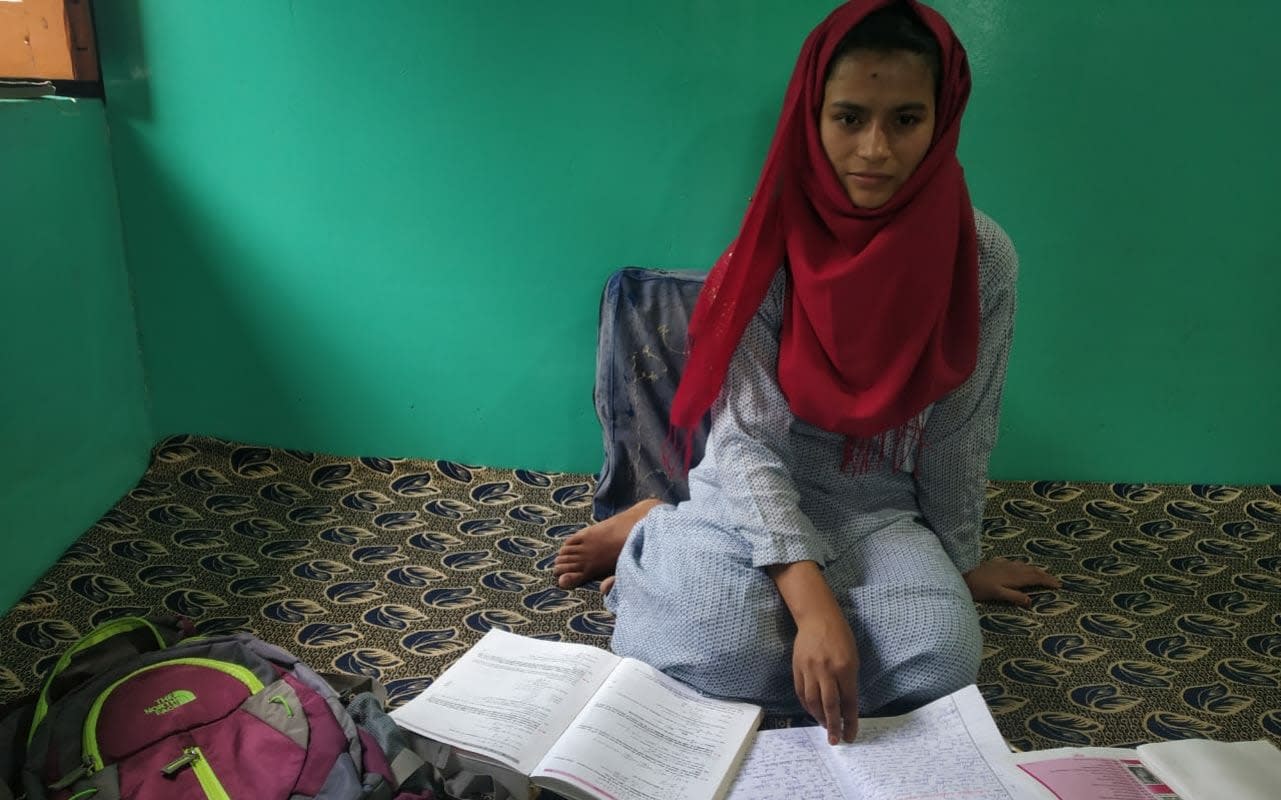