Flula Borg voices yodelling troll Dickory in ‘Trolls World Tour’. (Credit: Amanda Edwards/WireImage/Universal) Trolls World Tour voice actor Flula Borg has admitted he was “terrified” when Universal opted to release the film on-demand rather than in cinemas. The studio opted not to delay the film in the early days of […]

Trolls World Tour voice actor Flula Borg has admitted he was “terrified” when Universal opted to release the film on-demand rather than in cinemas.

The studio opted not to delay the film in the early days of the coronavirus lockdown and instead used the animated sequel as a guinea pig for the new “premium video-on-demand” model.

Fortunately for all involved, the move proved a money-spinning success story — albeit one that sparked conflict with cinema chains.

Borg, who played yodelling troll Dickory in the colourful musical, told Yahoo Movies UK he was concerned about those who devoted years to working on the movie.

“As you know, I didn’t have a huge role, but there are people who have spent thousands of hours on this film,” said the 38-year-old musician and internet star.

He added: “That’s what’s wonderful with animation, that you have these big teams who dedicate their lives for years to these projects. I was very afraid that this would not work.

“But I think it’s safe to say that it was good that it was this first, you know, hamster-pig into the world.

“It was wonderful for parents to have something to entertain children during a very strange time in our history. So I think it worked out.”

Borg, who has made his name with high-energy performances as a musician and comedian, said he brings that energy to the recording booth, with “many glucoses” the key to his style.

“It’s something where it’s very difficult to make a mistake,” he added.

As well as his role in Trolls World Tour, Borg has also voiced characters in Ralph Breaks the Internet and Ferdinand, while appearing in animated superhero show Teen Titans Go.

His next major performance will be as part of the new ensemble for James Gunn’s secretive and unusual DC movie The Suicide Squad.

Read the full interview with Flula Borg in which he discusses his love for sequels, the secret to going viral and whether he’d return to yodel again in another Trolls movie…

Yahoo Movies UK: Congratulations on Trolls World Tour. I thought the film was loads of fun!

Flula Borg: Thank you very much. It was fun to be in it. I love the variety and I was just glad to be included — like a child playing kickball.

A few times now, you’ve come in for the sequel of something. You did it with Pitch Perfect and with Wreck-it Ralph and now with Trolls. Do you find it difficult joining something with the sequel or do you enjoy coming into a world that already exists?

My friends have been teasing me about this sequel thing, you’re right. Again, I am just very happy to be included. I love it when someone gives me a tiny box to play in, which I have received in all of these films. Then, at the end, I get to eat the box, which is always very tasty.

And this box contains yodelling!

Yes, it’s my speciality — kind of, but not really.

Did you do your own yodelling?

Of course, every day! It’s how I begin my mornings as a German, you know.

It’s a small role in this movie, but a fun one. What’s it like to actually go into the recording booth and get into the mind of a yodelling troll?

It’s very fun. I must tell you that my favourite roles are tiny and confusing. You’ll be watching them and then you’re like “what’s just happened?” and then something new has happened. It’s my favourite thing and my desire in life to be a confusing German spy.

You’ve done a lot of voice work in your film career so far. What is it that draws you to voice work?

Well, it’s something where it’s very difficult to make a mistake. And if you do, no one cares because you’re just burning MP3 files. No one cares. Wear what you like, say what you like. It’s great.

Is that something you’re able to do then, to improvise in these movies?

Exactly. They kick me out. This is what happens. If you watch me do it, they’re like “okay, that’s too much, please leave” and I’m like “okay cool, am I fired?”

Did you have any fun ad libs that did make it into the movie?

Absolutely! It was both nice and confusing because I usually forget everything I say and do, not just in life but in these recording sessions too. Oftentimes, you are very pleasantly surprised or confused, both of which I think are very important emotions.

I always like to ask people who do animated films whether they got to spend any time with any of the other cast members?

As you probably know, the way these films go in my experience is that you go in and you’re lucky if you’re ships passing in the night or a human passing in the hall. It’s a very weird, but lovely experience. In the end, all the ingredients are separate but then you get to eat and watch a nice sandwich — but only at the end, two years later.

This film became a guinea pig for this new way of releasing big films in the midst of the pandemic. What was it like to be at the centre of that experiment with this film?

I was terrified. As you know, I didn’t have a huge role, but there are people who have spent thousands of hours on this film. That’s what’s wonderful with animation, that you have these big teams who dedicate their lives for years to these projects. I was very afraid that this would not work.

But I think it’s safe to say that it was good that it was this first, you know, hamster-pig into the world. It was wonderful for parents to have something to entertain children during a very strange time in our history. So I think it worked out.

And one of the things with kids’ films is that children want to watch films again if they like them, which you can do at home.

Especially with the amount of sugar people will be consuming watching this film.

Oh yes, exactly. So many glucoses!

I imagine it was a bit like that recording it as well?

As you can tell by my energy levels, that’s how I begin my day. It’s like sugar, caffeine and sprints.

We talked about this film’s online release and obviously the internet has been very good to you through your career. Is there a secret to going viral and making the internet work for you?

Well I can tell you, no. I have tried 350 videos on YouTube and I think there are 320 nobody has seen. I think it’s just a volume game. Make a lot of things, throw them into the sky and see what happens. I can tell you that after these years of doing this, I perhaps know less about what will work and what will not work.

If they were to make a Trolls 3 and to invite you back, would you be up for it?

Maybe Trolls 3 will just be the yodelling trolls and nothing else?

Yes, Troll-delling. I’m totally in. It would be so fun, I love it. It’s a genre of music that not enough people, I think, have exposure to. Let’s increase it.

You moved over from Germany to the USA. Have you had any problems in the industry because you don’t sound like everybody else, or does that help?

One of the things with the release of this film is that it has, in some ways, been quite controversial with cinema chains upset about the release. Do you think this film represents a struggle between the internet and cinemas and did you ever expect it to be so important to the industry?

No, and that’s what I was saying earlier. I was terrified at what this would do for the people making the movie. The future of cinemas is a really weird area. I’m 900 years old, but I don’t know how things are going to look and how theatre-going is going to look in the future. I have no idea.

I really want all of these things to continue to be exciting. Let’s go to the theatre and watch a movie or let’s stay home and eat all of the popcorn and have unlimited urine breaks. I’m very much hoping both can exist in happy times.

I hope so too. One of the things I think is really interesting about you is the way you have spread yourself across so many media — films, music, stand-up, internet videos, DJing. Do you have a favourite area to work in?

When you’re a German Ziploc bag, you’re happy to hold a piece of raw chicken. Anything your container can hold, you should do it. You’re a container, so just do whatever will work for the industry. That has always been my strategy. You’re a Ziploc bag, just do it.

Do you have any other exciting things on the way?

There’s a few animated projects that I don’t think I’m allowed to announce yet. Then, as always, I’m creating my own things. I’m doing children’s music now, which is very fun. I have a song with a band called Go, Banana, Go. They’ve allowed me to do a song with them about German lessons, which features very inaccurate and confusing lessons about German.

Then I have a weird DJ character, who I think is a time traveller who’s shirtless and wears a strange helmet who I think I’m related to. He’s coming out with music soon as well. It’s a confusing life I lead. Can I say this?

Absolutely! I think everyone else is just going to have to keep up.

Trolls World Tour is available on DVD and Blu-ray in the UK from 27 July.

Mon Jul 27 , 2020
Nicholas Hunt/Getty Through the mists of time, comedian Lizz Winstead remembers only a single brief encounter with a local publicity hound from Queens who—in one of the more improbable scenarios in the history of the Republic—became the 45th president of the United States. “I did encounter Donald Trump,” Winstead told […] 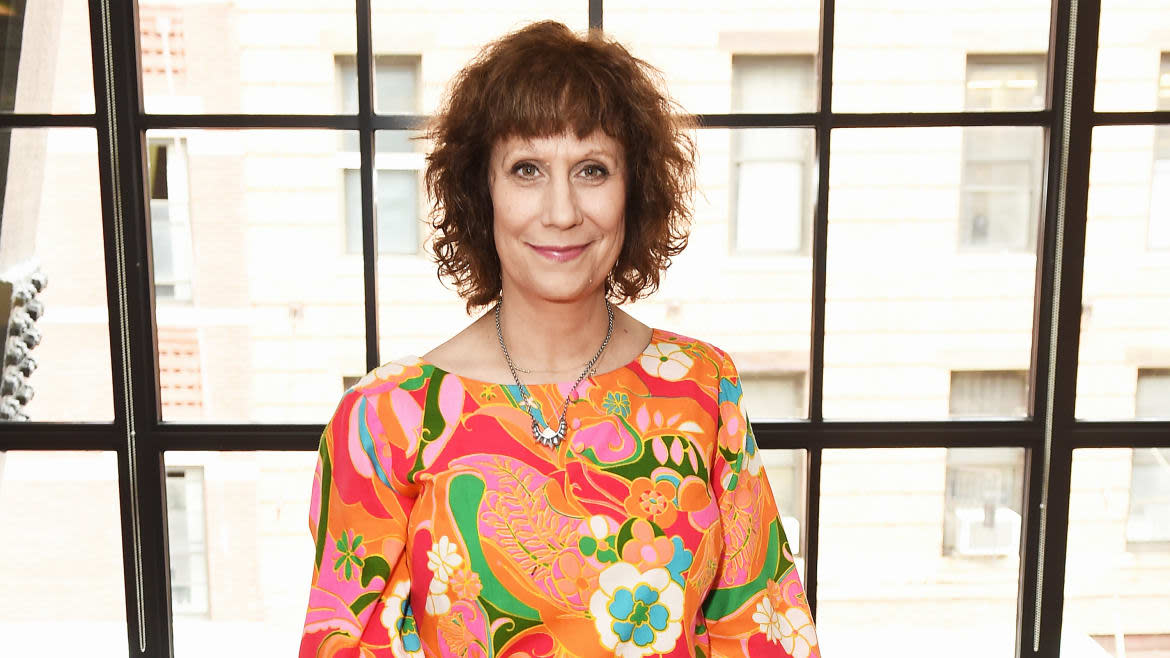