WASHINGTON – President Donald Trump’s administration agreed Tuesday to rescind its controversial rule barring international students from living in the USA while taking fall classes online, a sharp reversal after the White House faced a slew of lawsuits challenging the policy.

A Massachusetts judge announced the decision during a federal court hearing in a case filed last week by Harvard University and Massachusetts Institute of Technology. Judge Allison Burroughs said the universities’ request for the court to block the rule was moot because the government agreed to rescind the policy.

Monday, 18 state attorneys general had sued the Department of Homeland Security over the rule, which would have forced foreign students to leave or face deportation if they were enrolled in only online classes this fall, when experts fear expanded outbreaks of COVID-19 cases.

The court said the Trump administration agreed to revert to a previous rule,  implemented in March, when the coronavirus pandemic caused shutdowns across the country. Under that policy, international students were allowed to attend all classes online during the pandemic.

Some universities plan to offer classes entirely online this fall because of concerns that college campuses could create coronavirus hot spots and add to the country’s caseload. The new rule, issued July 6 by Immigration and Customs Enforcement, would have been devastating for students and universities alike.

The Trump administration issued the tougher immigration policy as it seeks to push universities and K-12 schools to reopen in the fall despite soaring COVID-19 infections across the country.

Last week’s shift enraged many educators and lawmakers, who said the policy threatened to upend careful planning by universities and the approximately 1 million foreign students who attend American colleges each year. Even as they celebrated the change, some higher education leaders struck back at the Trump administration.

“We will continue, during this unprecedented time of global pandemic, to be vigilant against efforts by the administration to harm international students or force universities into rushed and unreasonable decisions regarding in-person instruction,” said Mary Sue Coleman, president of the Association of American Universities, a group of research universities.

The battle against the ICE rule brought together a large coalition of governments, colleges and businesses.

Led by Massachusetts Attorney General Maura Healey, the states’ lawsuit sought an injunction to stop the rule from taking effect while the matter was litigated. Healey filed the lawsuit in U.S. District Court in Massachusetts, along with attorneys general from Colorado, Michigan and Wisconsin. Harvard and MIT filed a similar challenge last week, which was supported by several other universities.

Major U.S. technology companies and other businesses, including the U.S. Chamber of Commerce, Google and Facebook, joined the legal fray Monday, arguing in court papers that the rule would have “serious adverse economic consequences.”

International students benefit from studying and researching in the U.S., but they also help enrich it, said Martin Aragoneses, an economics graduate student at Harvard, who is from Spain. While he is “incredibly relieved and happy,” he said, he and other international students plan to work against other policies that make it more difficult for foreigners to work in the U.S., such as the current suspension on temporary visas for foreign workers.

The ICE order on international students could have dealt a major economic blow to colleges and universities, as well as the communities surrounding them, because of the loss of tuition and other revenue from foreign students, who typically pay full price.

“Something to cheer about! ICE backing off new regulations for international students!!” tweeted Michael Roth, president of Wesleyan University in Middletown, Connecticut. “Now let’s make the fall semester as potent and safe as possible.”

“International students enrich the educational experience for all,” added Eduardo Ochoa, president of California State University Monterey Bay. He took to Twitter to decry what would have been a “choice between sending them home or endangering the health of our community.”

The new order will allow universities to reopen more quickly, said Terry Hartle, a senior vice president with the American Council on Education, which represents the nation’s colleges. College leaders, Hartle said, will be able to think about what practices are best for all students. The order would have put so much attention on international students that broader questions about reopening could have been pushed to the side.

Nevertheless, Hartle said he expects a decline in international students this year, since some students may not be able to get a visa before the start of the fall semester due, for instance, to embassy and consulate closures from the pandemic.

The number of international students studying in the USA reached 1.1 million in the 2018-19 academic year, according to the Institute of International Education, and they make up 5.5% of the total U.S. higher education population.

International students contributed nearly $45 billion to the U.S. economy in 2018, according to data from the U.S. Department of Commerce.

'Didn't even know where to begin'

Tue Jul 14 , 2020
MILWAUKEE – For Hannah Arbuckle, a summer internship focused on helping people cultivate wild foods at a Wisconsin reservation was an opportunity to help the tribe she belongs to. It was also the University of Wisconsin-Madison senior’s chance to complete her last requirement for graduation. But when she called her supervisor at the reservation to ask if her internship was still happening, […] 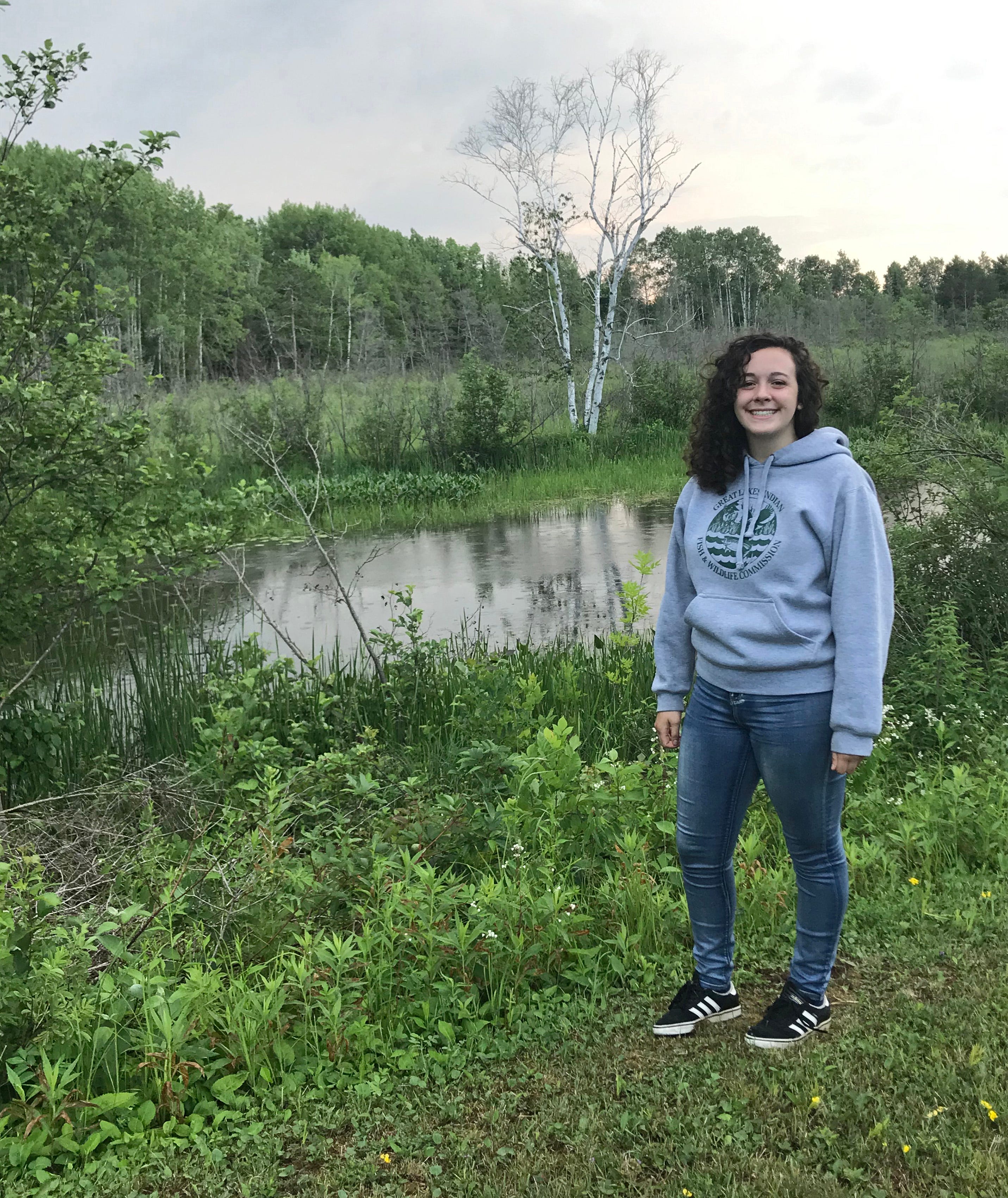