Fox News host Tucker Carlson continued his contrarian stance on the coronavirus pandemic on Tuesday night, defending a viral video of fringe doctors peddling COVID-19 falsehoods and claiming the group was only attacked because they criticized the “sainted” Dr. Anthony Fauci.

Hours after President Donald Trump doubled down on his support for the doctors—including eccentric pediatrician Dr. Stella Immanuel, who has previously said “demon sperm” causes gynecological ailments—Carlson kicked off his primetime program by railing against social media platforms for cracking down on the video’s disinformation.

The video, livestreamed by far-right digital outlet Breitbart on Monday, featured a press “summit” funded by right-wing political group Tea Party Patriots. Prior to being taken down by Facebook, the video racked up nearly 20 million views on Monday evening. Besides claiming controversial anti-malaria drug hydroxychloroquine could prevent and even “cure” coronavirus, “America’s Frontline Doctors” also said masks and social distancing were unnecessary to prevent the spread of the virus.

Claiming that there’s an “incentive” for Democrats to have coronavirus cause “more damage” as it hurts Trump politically, the Fox News star tied the removal of the video to the 2020 presidential election, claiming it was only taken down because Trump retweeted it and that “enraged Democrats.”

“Any scientific advancement that reduces the suffering of Americans in the election year is a threat to Joe Biden’s campaign so they decided to pull the video off the internet,” Carlson huffed.

After comparing social media companies to “Chinese authorities,” Carlson told his viewers that he works for “one of the very few mass media companies” not controlled by Google and Facebook and therefore would show them clips from the video.

Reiterating his belief that the video was only removed to help presumptive Democratic presidential nominee Joe Biden win, Carlson aired comments from Immanuel excitedly declaring that the “cure for COVID” is hydroxychloroquine.

“Dr. Immanuel’s claim is harder for us to endorse,” Carlson said. “Is hydroxychloroquine part of the cure for the coronavirus? We don’t know the answer. We do know that many front-line physicians around the world have prescribed hydroxychloroquine and continue to prescribe it.”

Recent studies and trials, however, have shown that the anti-malaria drug is not effective in preventing or treating coronavirus. The Federal Drug Administration has also rescinded emergency use for the medication as a treatment, citing potential deadly side effects.

After saying the “science is not settled” on the drug—Fox News medical contributor Dr. Marc Siegel would tell Carlson later in the program that hydroxychloroquine has shown little benefit—the Fox host claimed Immanuel was facing backlash because she criticized Fauci, the face of the White House’s coronavirus task force.

“That clip enraged them. Because above all, you must never mock the sainted Anthony Fauci,” Carlson said after airing Immanuel’s anti-Fauci remarks. “Under no circumstances can you note that Dr. Fauci is, in fact, very often a hypocritical buffoon who refuses to admit what he clearly doesn’t know.”

“If you say that out loud they will cancel you,” he continued. “Fauci is too useful to the Biden campaign, so until November, Fauci’s word must be law even if it doesn’t make sense. Criticize Fauci and you will disappear from the internet.”

Besides taking more gratuitous shots at Fauci, Carlson also took aim at this publication for reporting on Immanuel’s many bizarre claims, such as her beliefs that doctors use “alien DNA” in medications and that the government is overrun by “reptilian” aliens.

“Google’s countless toadies online did the cleanup work, the ugly stuff,” Carlson groused. “The Daily Beast attacked Dr. Immanuel for getting her medical degree in Africa and then suggested she believed in witchcraft—because you know Africans do that, right?! Huh.”

He went on to claim that while the Beast is fine with “political correctness” most of the time, this outlet was “happy” to help destroy Immanuel because it is an election season.

The Houston-based pediatrician and minister appeared unfazed, however, even publicly thanking this outlet for doing a “great job summarizing” her work.

Carlson’s shot at The Daily Beast comes just a few weeks after this publication reported that Fox News staffers have become incensed over the racist rhetoric and “white supremacist crap” aired nightly on his show. And earlier this month, Carlson went on a “pre-planned vacation” days after his head writer resigned when he was outed as an outspoken racist.

Wed Jul 29 , 2020
Click here to read the full article. “Making the Cut” winner Jonny Cota knows something about one of the industry’s most burning questions: Is Amazon really interested in fashion? “It’s tricky…” said the Los Angeles designer outside his retail store opening Aug. 1 at Row DTLA, which will be the […] 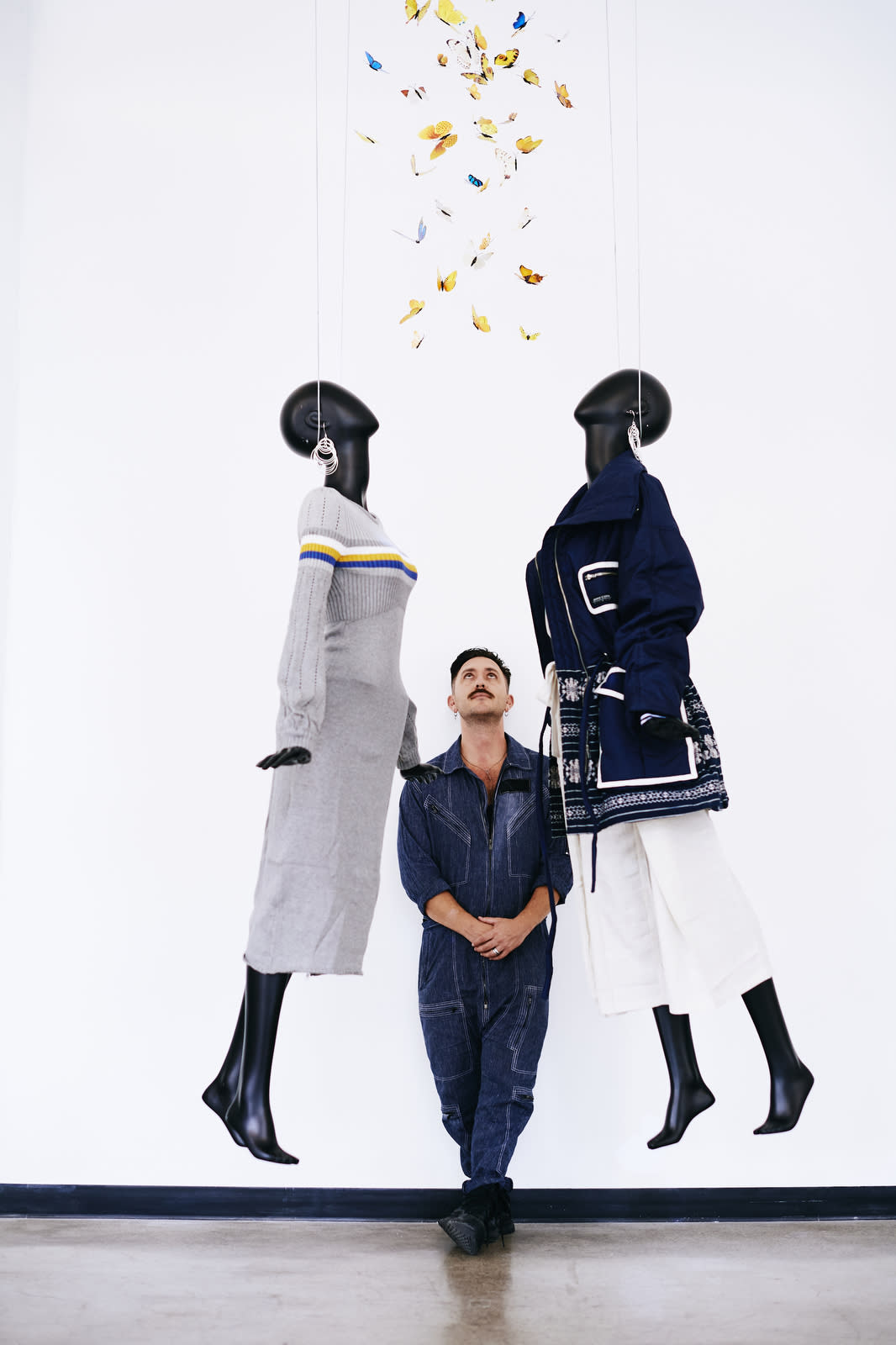