A leader. A philanthropist. And a trailblazer who changed the television news industry forever.

Those are the words anchors, reporters and producers are using to describe Ed Ansin, owner of South Florida’s WSVN-Channel 7 in Miami. Ansin died Sunday at 84.

“Far from a hands off owner, Ed Ansin walked through the doors of WSVN-TV every day … He was a true leader, not just by title, but by example,” WSVN said in a statement on its website. “Ansin told the Boston Globe, ‘I want to die with my boots on,’ and that’s what he did. Ansin was in the office just this past Friday still doing what he loved.”

WSVN news anchor Alex De Armas wrote on Instagram that they had recently walked out of the station together and had their regular conversation about lunch. He was going to have Oggi, his “usual.”

In 2005, during the coverage of Hurricane Wilma, Ansin gave up his office so WSVN chief meteorologist Phil Ferro could sleep for a few hours because it was the quietest area in the building.

“He wouldn’t have it any other way,” Ferro wrote on Twitter.

A great shock to hear of Mr. Ed Ansin’s passing. He made me feel more than welcome at the wsvn family. I remember in 2005 covering Wilma he let me sleep in his office for a few hours being the quietest area. Always greeted me with a smile and cared greatly about my health. RIP pic.twitter.com/QBShhrbvLY

The Worcester, Massachusetts, native was always giving back to the community through organizations such as United Way, Habitat for Humanity, Feeding South Florida, Best Buddies and the Boys and Girls Club, according to the TV news station.

Ansin’s sudden passing has left those who knew him heartbroken, and as Ferro wrote online: “Stunned.”

“This is a big blow professionally — and personally — Ed Ansin was a GIANT in broadcasting — and like many others — I owe a good deal of my career — to the opportunity he gave me. We will miss him,” WSVN anchor Craig Stevens wrote on Twitter.

this is a big blow professionally – and personally – Ed Ansin was a GIANT in broadcasting – and like many others – I owe a good deal of my career – to the opportunity he gave me. We will miss himhttps://t.co/I1kWq6D5qz

“So grateful to Ed Ansin and how he shaped this business … and how working here has profoundly shaped my life,” WSVN weekend anchor Robbin Simmons wrote on Twitter.

So grateful to Ed Ansin and how he shaped this business…and how working here has profoundly shaped my life https://t.co/V9pxlg9PZH

Ansin’s father bought the station back in 1962 when it was known as WCKT-TV. Then everything changed in the late 1980s when the station lost its affiliate contract with NBC.

It “had no hope of jumping ship to ABC or CBS,” and had signed on with FOX, a new player on the national television scene that was only offering two hours of prime-time programming a week, according to the Miami Herald archives.

“We had to make some hard decisions,’‘ Ansin recalled during a 2013 interview inside his bayfront office in North Bay Village. “We really had few options.”

Shut out of the network news scene, he turned to local news and reinvented it, creating what some began to call the “Miami Model.”

“WSVN’s mix of young anchors, crime-heavy broadcasts and live reports even when the breaking news was hours past helped bring Channel 7 enviable ratings and a blueprint soon followed by stations across the region and the country,” according to the Miami Herald archives.

He realized that for viewers to tune in, the format had to evolve or die.

“Maybe in a perfect world everyone would be watching ‘MacNeil/Lehrer’,” Ansin told Newsweek in 1994. “But we can’t afford to be boring.”

Reporter Rick Sanchez began to do his nightly “Crime Check” from the scene of a bloody crime scene soon after the FBI named Miami-Dade County the “nation’s murder capital” in 1984.

“I was first on the scene, I knew all the cops, I put myself in the middle of the dirt of Miami, where there was a cocaine deal going down every five minutes and I was holding a bag of cocaine in my hands to prove it,” Sanchez recalled last year in a Herald interview. “It wasn’t great journalism. I certainly was no Walter Winchell or Edna Buchanan. I was a hustling street reporter, in the neighborhoods.”

And Sanchez thanked his employer for giving him the opportunity to do such revolutionary work.

“At times it became a little caricaturish, which I apologize for. But we did start a bold new era in newscasting. Channel 7 was the hottest, trend-setting station in the U.S. We were live, breaking news and had 60 percent of Miami watching us every night. My persona, the Channel 7 persona and the Miami persona meshed at exactly the right time.”

Celebrity gossip show “Deco Drive,” was also born out of Ansin’s futuristic vision in 1996. Anchored by two of the station’s stars, Belkys Nerey and Lynn Martinez, the ratings hit was flashy, glitzy, a little cheeky. Translation: So Miami. Martinez is still host of “DD,” named after South Beach’s famous street, sitting next to Shireen Sandoval, while Nerey anchors the evening newscasts.

“You guys may not know him but this is Ed Ansin. The owner of @wsvn who passed away today. I will be forever grateful to this man who gave this girl the chance of a lifetime on his TV station and changed her life forever RIP Ed,” Nerey wrote in a tribute on Instagram.

WSVN says Ansin’s TV stations will have a “seamless transition” to the leadership of the beloved executive’s sons, Andy and James.

He is also survived by a daughter, Stephanie Ansin, founder of The Miami Theater Center.

This obituary will be updated.

Mon Jul 27 , 2020
President Donald Trump said Sunday he was not going to be throwing the opening pitch at a New York Yankees game next month because his “strong focus” was elsewhere — on the novel coronavirus pandemic, the economy and other issues. He tweeted that he would reschedule for “later in the […] 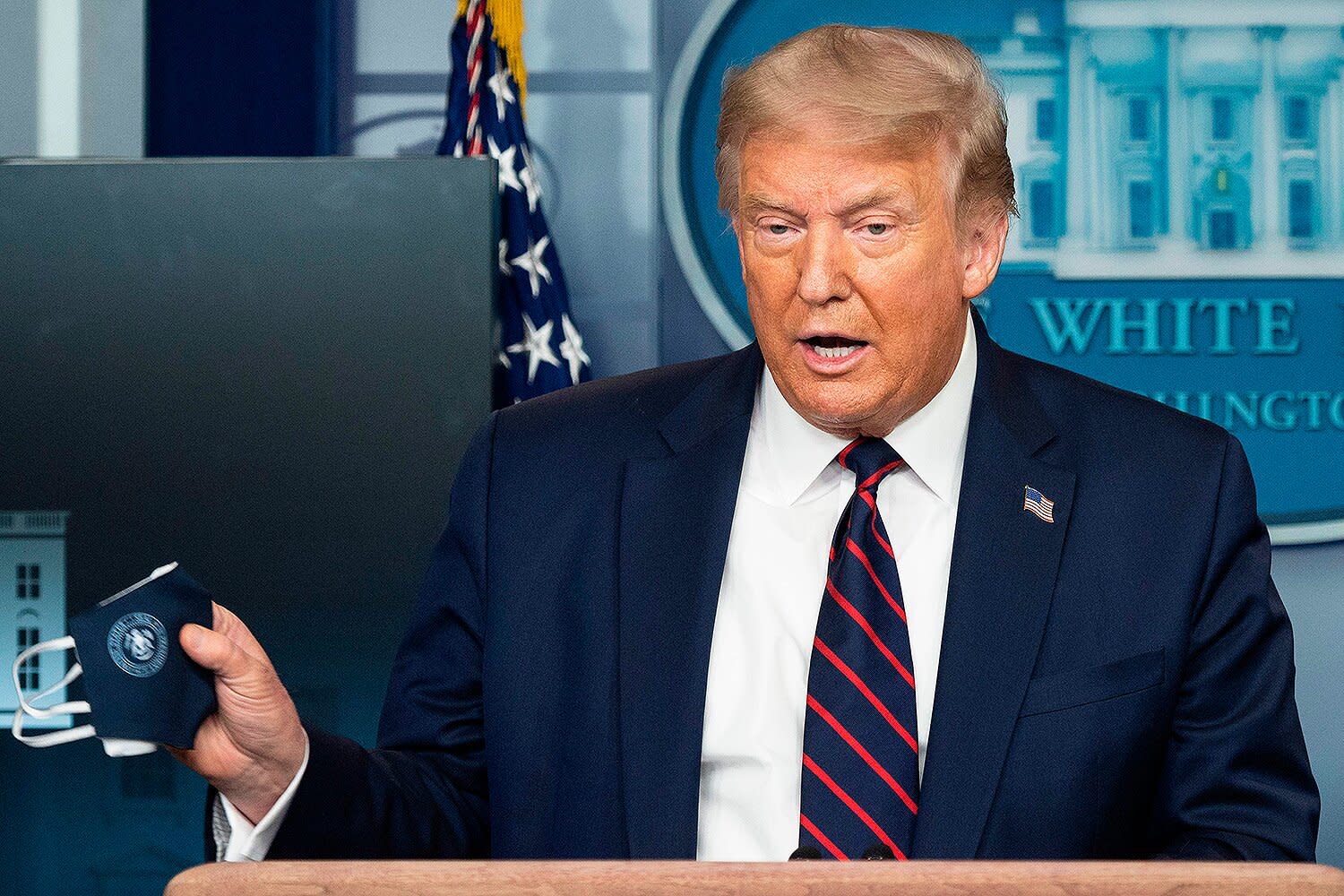