It’s being called a “tweet-tastrophe.”

The Twitter accounts of some of the world’s biggest names were hacked Wednesday in a bitcoin scam. The FBI is investigating, and the Senate Intelligence Committee asked for a briefing.

“Tough day for us at Twitter. We all feel terrible this happened,” Jack Dorsey, the company’s CEO, tweeted.

The breach, as bad as it was – the largest in the social media company’s 14-year history – could have been much, much worse.

Had it been a foreign government looking to disrupt the election in November or bad actors looking to cause an international incident, mayhem would have ensued, Jennifer Grygiel, a communications professor at Syracuse University who studies social media, told USA TODAY.

Had the hack involved President Donald Trump’s Twitter account, @realDonaldTrump, it would have constituted an immediate threat to national security.

“Twitter is the fastest wire service we have ever known. This is why we need really strict protocols in place,” Grygiel said. “We have never had more evidence than we do now that there is a public risk to world leaders using a commercial product that has not been vetted for national security. It’s a huge problem.”

The White House said Thursday that Trump will remain on Twitter. Press secretary Kayleigh McEnany said the White House was in touch with Twitter to make sure the president’s account is secure.

Only 22% of U.S. adults report they use the social media service. Twitter is not the most popular online hangout, but it may have the most powerful bullhorn. The platform’s short, rapid-fire messages ricochet around the world in seconds in today’s public square.

It was a jolt when accounts belonging to business leaders Jeff Bezos and Bill Gates, presumptive Democratic presidential candidate Joe Biden and former U.S. President Barack Obama all posted a version of the same message: Donate money to a cryptocurrency account and get twice your money back. Hackers made off with more than $100,000.

Late Wednesday, Twitter said the hack was the result of a “coordinated social engineering attack by people who successfully targeted some of our employees with access to internal systems and tools.” Reporting in Vice suggests it may have been an inside job.

“At this time, the accounts appear to have been compromised in order to perpetuate cryptocurrency fraud,” the FBI said in a statement. “We advise the public not to fall victim to this scam by sending cryptocurrency or money in relation to this incident.”

In a video interview with Fast Company editor-in-chief Stephanie Mehta at Procter & Gamble’s Signal conference, Dorsey said Twitter will share details with law enforcement, other companies in the industry, advertisers and everyday users about what it finds contributed to the hack.

“Right now, it’s just a matter of finding all the evidence and investigating, making sure that we can provide a clear case of exactly what happened and the tick-tock of what went down,” Dorsey said.

According to Grygiel, the warning signs that Twitter is too vulnerable to hackers to carry the messages of world leaders have flashed for years.

A fake alert in 2013 from the hacked Twitter account of The Associated Press, one of the nation’s most trusted news sources, temporarily caused the Dow Jones to plunge: “Breaking: Two Explosions in the White House and Barack Obama is injured.”

In 2017, a rogue Twitter employee unplugged @realDonaldTrump for 11 minutes, and all of the president’s tweets vanished.

Alarming to security experts: The extent of Wednesday’s incursion is not known. The perpetrators may have gained access to personal information, including direct messages. Twitter said Thursday it has no evidence that attackers accessed passwords.

“It’s hard to predict and mitigate how people will factor into potential breaches, but this should nonetheless be a learning experience for other platforms and tech companies to encourage them to review and enforce an effective incident response plan moving forward,” Kelvin Coleman, executive director at National Cybersecurity Alliance, said in an emailed statement.

Got $1,000 in your checking? Make these moves ASAP

Thu Jul 16 , 2020
So, you’ve been working your behind off and finally managed to save up a little cash. Now what? While it feels great to see $1,000 in your bank account, you shouldn’t just let it sit there. If you’re confused about where to start, don’t sweat it. Here are six ways […] 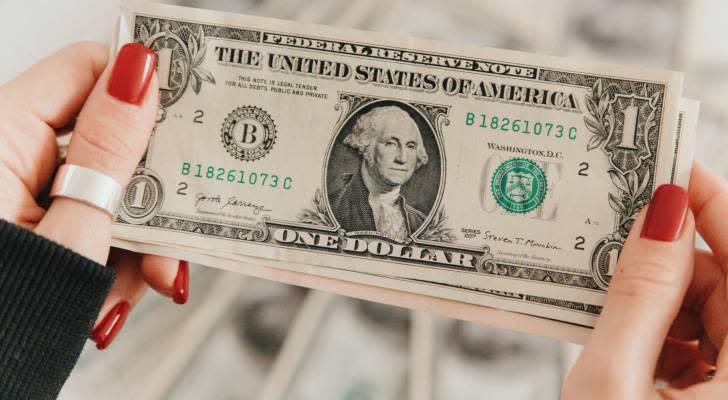