Loay Alem, an engineering student from Saudi Arabia who is attending University of California Los Angeles, in Los Angeles, July 7, 2020. (Kendrick Brinson/The New York Times) LONDON — Oliver Philcox was nearing the end of his first year of graduate studies in astrophysics at Princeton University when the coronavirus […]

LONDON — Oliver Philcox was nearing the end of his first year of graduate studies in astrophysics at Princeton University when the coronavirus outbreak began. Classes were halted in March, and then moved online. By May, he had decided to travel home to Britain.

“In the long run, that was a terrible idea,” said Philcox, 24. “But I had assumed I would be able to go back in September.”

Now, the return to an American institution has been thrown into question for Philcox and countless other international students after a directive by the Trump administration that students whose classes were moving entirely online for the fall would be stripped of their visas and required to leave the United States.

Many universities see the move as a political one — an attempt to pressure them to reopen rather than hosting all classes online during the pandemic. For some international students, the directive poses frustrating questions of logistics and uncertainty. But for others — notably those whose home countries are embroiled in conflict or have communications technologies that are insufficient for online learning — the decision has the potential to disrupt their lives and drastically alter their futures.

The Trump administration’s plan to require in-person classes for international students would affect around 1 million students, according to data from the 2019 Open Doors Report on International Educational Exchange. China sends the highest number of students — with about 370,000 enrolled in U.S. universities in 2018-19 — followed by India with just over 200,000 students enrolled that year.

As the reality has sunk in, outrage has grown from those around the world who are now met with the possibility that they may not be able to return to, or stay in, the United States for their education. Many are rethinking whether the choice to enroll in an American institution, despite the expertise and prestige, was worth it.

Macarena Ramos Gonzalez, a native of Spain who is nearing the end of a Ph.D. program in applied physiology at the University of Delaware, was blunt: “If they really don’t want me here — and the administration has made that very clear in a number of ways — maybe I shouldn’t have come.”

The decision highlights a wide disconnect between the diversity that most universities strive for among students and staff members and a government that shuns those principles, she said.

Hundreds of thousand of students and their supporters have signed petitions demanding that the government rethink the decision and urging their universities to protect students from abroad. Some universities are reassessing their fall reopening policies in an attempt to enable some in-person classes.

Harvard and the Massachusetts Institute of Technology have sued the Trump administration in federal court to block the directive, arguing that the policy is political and will upend higher education in the United States, and other universities have tried to ease students’ fears. But many remain worried.

The directive has also caused confusion, as it is unclear whether some universities will even offer in-person classes or whether the restrictions apply to graduate-level research.

For some international students, the United States has been a haven, offering safety from conflict in their home countries and relief from infrastructure that cannot support remote learning. But that sense of security has now been upended.

In Ifat Gazia’s hometown in Kashmir, India’s government cut off internet access in August as part of moves to strengthen its grip over the disputed territory. Although the service was restored in January, only 2G is available, making it nearly impossible to make calls over Skype, let alone support the video that would be needed if she were to try to attend lectures via Zoom.

Gazia arrived in the United States in August, just as India was cracking down on her region. She was unable to call her parents to let them know she had arrived safely, as the Indian government had cut landline and mobile phone service in Kashmir.

“I considered myself lucky when I landed,” Gazia said. “But when this order came this week, I felt only despair.”

She pointed out that higher education is often a pathway for the United States to draw in highly skilled workers.

“That is what makes America great,” she said. “But so many Americans think we are just here to just take from their country. They don’t realize how much we contribute.”

For students like Kunal Singh, who is pursuing a doctorate in political science at MIT, there is no way even to get home. He has been unable to fly to India, as it shut its borders in March to stem the spread of coronavirus.

The anti-foreigner sentiment has also stripped away some of the prestige of graduating from a top U.S. university.

“If I had known that something like this would happen when I was applying to American schools, I wouldn’t have applied,” Singh said. “I would have applied to Australia or Britain.”

For some, it isn’t worth the money or stress to continue. Andres Jaime, 48, whose 19-year-old son is a student at the Berklee School of Music in Boston, said they had decided that he would postpone his studies and return to Colombia.

Jaime said they had previously asked the university to lower fees for the coming semester “because the online experience wasn’t the same,” but the university refused. The visa decision further strengthened their resolve that he should return home.

Other students have begun assessing other options, like Andy Mao, 21, from Shanghai, who is studying biology at New York University. He was preparing for the Graduate Record Exam when he heard the news.

This was his final year in an undergraduate program, and he had planned years of study in the United States because of its legacy as a research leader. But now, he said he would add universities in Canada and Singapore to his list.

“I still like this country,” he said. “But if Trump gets reelected, we will face huge uncertainty.”

In many cases, graduate and Ph.D. students have spouses and children with them in the United States, which means that the directive will also result in the uprooting of whole families. In some cases, children will be displaced from the country that they were born in and the only country they have ever known.

Among those students is Naette Lee, who is pursuing a doctorate in communications at the University of Maryland. Lee, 38, from Trinidad and Tobago, lives with her husband, who is Belgian, and infant son, who was born in the United States and is a U.S. citizen. They would be unable to travel to Europe together because of a ban on nonresident travelers from the United States.

And if Lee has to return home, she will be separated from her family — Trinidad and Tobago have barred foreigners from entering the country during the pandemic, which would extend to her husband and son.

“This is not about the campus experience,” she said. “This is about leaving our lives behind.”

Many students are even struggling to understand whether they will be affected by the directive, particularly those studying for advanced degrees that are focused on research. They would typically have no in-person classes and instead study independently.

Kelsey Bryk, 29, a Canadian, left the University of Delaware in a scramble in March, driving 26 hours to her home in Winnipeg as border closings loomed. Having spent the past four years working toward a doctorate, she may now not be able to return.

“I’ve invested so much time money and effort, and now it’s just being potentially ripped away,” she said.

While her university is still trying to figure out a way to ensure that international students can stay, the uncertainty looms.

“Right now, I don’t think anyone has any answers,” she said. “And we are just sitting here expecting the worst and hoping for the best.”

Fri Jul 10 , 2020
Click here to read the full article. Virgil Abloh said on Thursday he has raised $1 million for a scholarship fund for Black fashion students. The founder of luxury streetwear label Off-White and artistic director of men’s wear at Louis Vuitton has entered a long-term partnership with the Fashion Scholarship […] 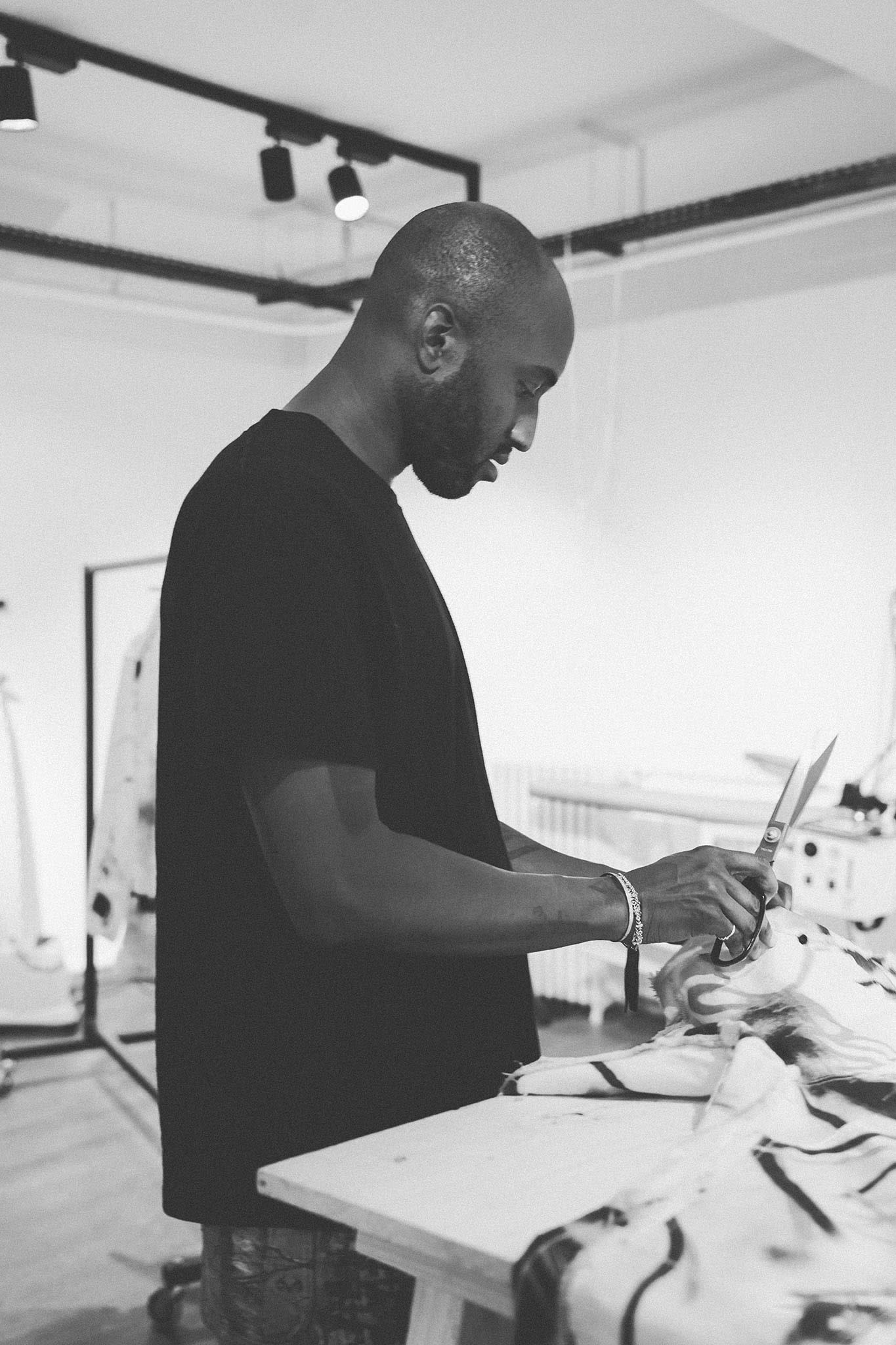