Sleepio, a six-week digital treatment for insomnia, helped 56% of users beat the condition, whereas the success rate in NHS Improving access to psychological therapy (Iapt) services is 50%.

The programme helped insomniacs gain almost six hours more sleep a week, reduced their use of sleeping pills, and cut the number of times they went to the GP or had to take a day off sick from work. It also helped reduce the anxiety and depression that lay behind many participants’ sleeplessness.

The findings have emerged from a study involving 7,078 patients in the Thames Valley, which was overseen by the Oxford academic health science network of doctors, scientists and academics.

“The experiment was a very big success. Using Sleepio had a significant impact”, said Tracey Marriott, the network’s director of clinical innovation adoption.

“The study demonstrated that on average patients using the Sleepio online treatment got 35.3 hours of sleep per week before using Sleepio, compared with an average of 41.2 hours per week after using it. That’s an average improvement in sleep of five hours and 51 minutes per week.” Four out of five participants said they would recommend the programme to other problem sleepers.

Millions of Britons suffer from insomnia, which is often caused by stress, anxiety or depression. Sleepio volunteers kept a sleep diary, were given a sleep score out of 10, and typically spent 20 to 30 minutes a time following the programme during its six weekly sessions.

At present, many people face long waits for an appointment with a qualified sleep counsellor. Sleepio could end that if it is rolled out nationally as large numbers of sufferers would be able to access instant ongoing online support for their sleep problems.

The treatments offered by both Sleepio and Iapt-provided counselling for sleeping problems involve a course of cognitive behaviour therapy (CBT). The apparent success of the former’s digital support for insomniacs has led to calls for the NHS to use technology more often to tackle the growing burden of mental ill health, which means many patients face long waits for care.

The research also found that after completing the course:

Sleepio has been developed by a company called Big Health, which works closely with the NHS. Various NHS and social care bodies in England, Scotland and Wales make it available to their staff, including NHS England and the Department for Health and Social Care.

The 7,078 participants signed up to the study after the NHS clinical commissioning groups in Buckinghamshire, east Berkshire, Oxfordshire and Milton Keynes decided to make it free to test how its results compared with those seen by Iapt services.

In a new report published today about the trial, Big Health points out that high demand for conventional CBT means that only a tiny number of insomniacs are able to see a therapist who is qualified to relieve the condition. It claims that Sleepio can play a key role in tackling “the treatment gap for insomnia, [which is] costly and dangerous”.

Colin Espie, Big Health’s co-founder and a professor of sleep medicine at Oxford University, said Sleepio was a “digital medicine” that the NHS should use more widely for sleeping problems.

“The behavioural part of CBT helps people establish their best sleep pattern, so falling asleep becomes predictable and reliable, and they are able to sleep through the night.

“The cognitive part of CBT helps people deal with the enemy of sleep – the racing mind – so that they can sleep just as the good sleeper does, without even thinking about it.”

Claire Murdoch, NHS England’s mental health director, said: “Particularly in these challenging and uncertain times, good sleep is crucial to physical and mental wellbeing and can significantly lower levels of depression and anxiety among both children and adults.

“Sleepio is a great online option for those struggling with sleep, and anyone who needs additional mental health support should come forward and seek help from the NHS.”

Thu Jul 30 , 2020
The coronavirus pandemic is an uncertain time for everyone, whether you have a job or are looking for one. The unemployment rate in the United States has reached new heights, workers are adapting to the longer-term reality of working from home and many companies are slowing down hiring and promotions. […] 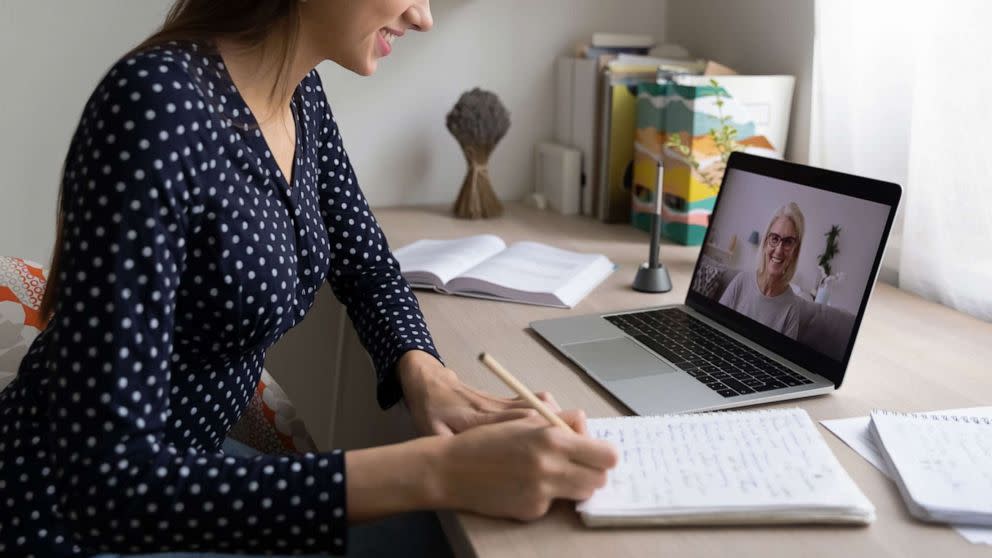