Since 2004, Dr. Michael Lomax has made bettering the lives of Black college students his mission. As the CEO of the United Negro College Fund, Lomax, 72, works to raise funds for those eager to pursue a college education at an HBCU (historically black colleges and universities) — an option that is just a dream for many who don’t have the means. As a proud graduate of Morehouse College, Lomax stresses the importance of educating the Black community and supporting its schools, aiming to not only give back to institutions like his alma mater but to preserve and grow their legacies. This is his story, as told to PEOPLE.

I’ve been at home in Atlanta since mid-March. I’m in a Black middle-class neighborhood inside the city, and in one sense, it just feels like a wonderful place to be, but then when you go out and get in your car and you drive, you see that this is a very different, surreal time.

After the death of George Floyd, the demonstrations occurred, but they were very localized, taking place from downtown to Buckhead, which as you may know, is the most affluent part of the city. Living as I do in a Black neighborhood, I didn’t even notice that. I had to watch the news to find out it was happening. In one sense, the demonstrations were very far away, but if I were downtown, driving up Peach Tree Street, I would see the city very differently.

My life is focused on historically Black colleges, so another thing that makes all of this surreal for me is that campuses would’ve normally been bustling with student life during this time of year, especially March through May. But people left for spring break and they never really returned due to the pandemic.

Colleges are a big industry here and students are a huge part of the population. It really wasn’t until the anti-racist demonstrations that you began to see young people in the streets again.

RELATED: Leila Roker on Fighting Racism: ‘Don’t Surround Yourself with People Who Think Things Are Okay’

I think that mental health issues are now going to rage in the Black community. In addition to protests and the virus impact, you also have people who have lost their jobs. I would say trauma is lurking in the shadows of everything. How much emotional, psychological, economic impact is this going to have on the Black community? With George Floyd’s death and all the trauma, I think it’s made it very difficult not to be outraged.

I was in Los Angeles in the summer of 1965. I was there for the first Watts riots and the city was on lockdown. We had military presence in the city. There were tanks and military and people in military uniform and there was a curfew.

When the news was curated in the ’60s by reporters who were covering something in another part of town that you didn’t live in, you had to wait until the 6 o’clock news came on to actually see what was going on. Today, it’s just so in your face. For example, Rayshard Brooks. I actually found his death even more disturbing in one sense, because it happened in a part of the city that I know very well and I drive past all the time.

I think that there’s a kind of immediacy to the violence that is being wrought against the Black community. You saw a burned-out building, but you didn’t see how it happened. Now what’s so different is that it’s being shared with you by people who are on the ground experiencing it and documenting it. I think that it has made the viciousness, the heartlessness and the dehumanization that Black folks have been experiencing for centuries more real.

If we want our community to be stronger, healthier and more financially secure, we need to get our kids to and through college. They’re on a mission. A lot of Black kids are going there to be the first in their families to go to college, to be the first to get to walk across a stage, earn a degree and the first to enter the middle class. They know that they’ll then be pulling that back into their community and lifting up others.

Seventy-five percent of the students who attend historically Black colleges are Pell eligible, which means they’re moderate to lower socioeconomic status. Fifty percent of them are the first in their families to go to college. College is very consequential for them — it’s the escalator towards social mobility.

Recently, we asked students, “What is your greatest concern? Is it your mental health? Is it your physical health?” Do you know what they all said? “It’s my financial health. Can I afford to come back?” It’s always that financial barrier and we’re doing everything that we can to raise dollars to help our colleges help their students return to school and provide scholarships.

And that’s when gifts like Patty Quillin and Netflix founder Reed Hastings’ $120 million become so impactful. After Patty and Reed visited Morehouse and Spelman last year, they decided to give each of them a gift that supports scholarships for both schools.

Activists, artists, and authors are using their voices for change

After Patty and Reed visited Morehouse and Spelman last year, they decided to give each institution a $40 million gift that supports scholarships. An additional $40 million, given to UNCF, will result in $4 million spent every year to support students and HBCUs for the next 10 years.

We have yet to allocate the remaining funds. We’re not obligated to use it for scholarships. We could use it for other things. For example, we sent 600 faculty members into programs that have enabled them to convert all of their class offerings to online. We have a range of things that we’re supporting and we are holding those dollars for the fall. We’ll use that toward priority unmet needs and, believe me, there will be needs. The funds will be expended, but we’re trying to really assess what the exact requirements are and where we have gaps.

Thanks to a $40M gift from Patty Quillin and Reed Hastings, CEO of @Netflix, over the next 10 years, 200 first-year students will be able to attend Spelman with a full four-year scholarship through the Dovey Johnson Roundtree Presidential Scholarship. https://t.co/o9y3wZqrGI pic.twitter.com/rflbIMGBss

RELATED: Police Lieutenant Opens Up About Feeling ‘Too Black to Be Blue and Too Blue to Be Black’

I think what makes me feel good is that Patty and Reed’s gift is an example of what private individuals can do. And now, we’re getting a lot of people who are stepping up and saying, “I want to help.” We need them to do that because we need these young people to stay on track to complete college.

We have 50,000 students who attend UNCF member institutions and we just completed a survey with 5,000 of those students. Over half of them said they want to come back to school and resume their education. Another 30 percent of them want to have a blended experience of on campus and online, given adjustments due to the pandemic, and 20 percent want online. I would say that students want to come back, and I think that this is mirrored by what we’re hearing about students at predominantly white institutions. They want to complete their education.

Everybody can be a philanthropist — that’s the UNCF policy. Everybody should be one whether it’s $1 or $100 or $100,000. We all should be helping in this cause. I get up every day — my office is now in the dining room — and I look out the window and I think, I’m getting to do this work every day and I’m getting to help people. I’m turning the surreal into the real.

To help combat systemic racism, consider learning from or donating to these organizations:

Thu Jul 16 , 2020
Punahou School in Honolulu, on Mach 9, 2007, will be open full time in the fall of 2020, in the wake of the coronavirus pandemic. (Cory Lum/The New York Times) In Honolulu, nearly all public schools are planning to allow students to return for just part of the week. But […] 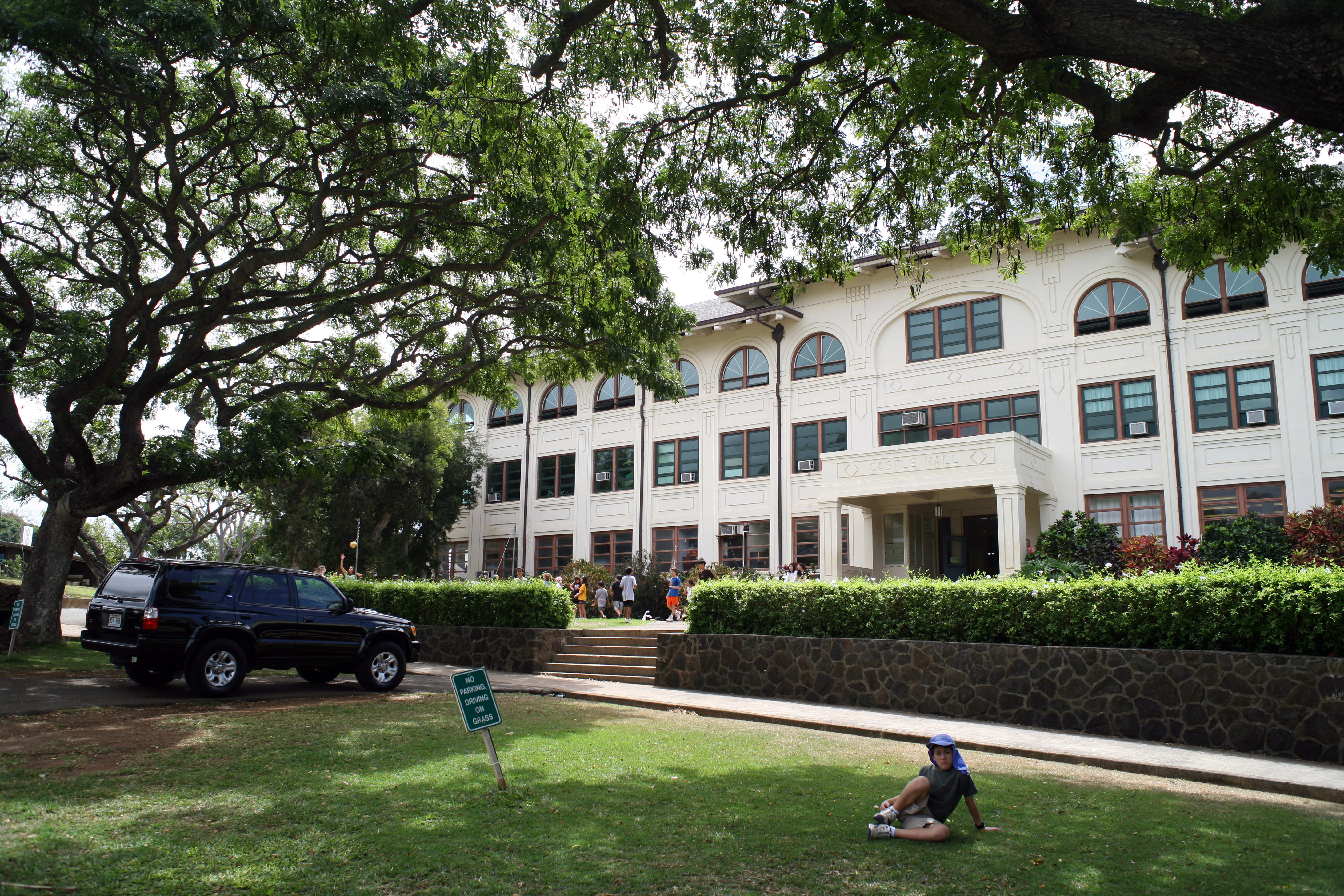