The Indiana Department of Education has updated its guidelines to help school officials and parents decide how schools can reopen safely during the coronavirus pandemic.

Education has always been an issue in Indiana’s gubernatorial race but it’s gained even more importance in this year’s election.

And that’s not only because of the novel coronavirus pandemic ravaging the state’s budget, invading classrooms, quarantining hundreds of students and further disrupting schools across the state.

The governor has always had the power to influence education policy in their state. They sign state budgets and other legislation, can suspend or enact regulations through executive action and appoints the majority of the members of the Indiana State Board of Education, which controls everything from academic standards to high school graduation requirements.

The Superintendent of Public Instruction, the office that leads the state’s education department, has been an elected position until now. In 2017, the Indiana General Assembly voted to turn the position into an appointed one.

So, who would the next governor choose?

Neither candidate was willing to name names, of course. Both Gov. Eric Holcomb, running for his second term on the Republic ticket, and Dr. Woody Myers, on the Democratic ticket, said they would choose someone with experience, that had been an educator and speaks the language of teachers.

The governor declined an IndyStar interview request for this article, but answered questions by email. He said he would appoint someone “that doesn’t need on the job training.”

In an interview with IndyStar, Myers said his selection would, “hopefully, have a strong background as a frontline teacher.”

But, that’s about where the similarities end. Holcomb said he would choose someone who’s “creative, innovative, and is thinking about education in a holistic sense… meaning all the above: K-12, charters, choice, home schooling, higher education, career training, etc.”

Myers’s education platform calls for a pause on new charter schools and on the state’s private school voucher program. He said the most important thing he’ll do for education in Indiana is appointing the education secretary and members of the state board.

Notably, Myers has been endorsed by Jennifer McCormick, the state’s current Superintendent of Public Instruction, the last to be elected to that position in the state – and a Republican. It’s no secret that there has been tension between McCormick, the governor’s office and the Indiana State Board of Education over the last four years. Just two years into her first term, McCormick announced she would not seek another.

Here’s where the candidates stand on the rest of the issues:

Reopening of schools during COVID-19 pandemic

After closing schools statewide in March, Holcomb has been encouraging schools to reopen this fall. He and the state’s health commissioner, Dr. Kristina Box, initially resisted calls to put guidelines in place to dictate how schools should operate depending on COVID-19 infection rates in various communities.

Late last month, they reversed course. The state’s current thresholds for full-time in-person instruction are not more than 100 cases per 100,000 residents and a positivity rate below 10%. A community can have one or the other and still be in the clear — with extra vigilance on distancing, hand hygiene and other recommended safety practices — but if a county is above both marks, the state recommends looking at some degree of hybrid instruction.

In this week’s update, all but two of Indiana’s 92 counties fell within that range and, essentially, have the go-ahead from the state to bring all of their students back into schools. The state also reported new data about the prevalence of COVID-19 in schools this week. With 70% of schools reporting, around 2,000 cases had been reported in 929 schools. Another 1,112 schools reported not seeing a single case, yet.

With 94% of the state’s schools reopened for at least some degree of in-person instruction, Holcomb said Indiana is proving that schools can safely reopen.

Several weeks before the state rolled out its metrics, Myers released his own proposed guidelines. Myers plan says that schools should only be fully reopened if a county’s two-week rate of cases per 100,000 residents is below 10 and the positivity rate is less than 5%. A hybrid model is suggested when the case rate is between 10 and 50 and the positivity rate is 8% or below. A case rate above 50 and positivity rate greater than 8%? Myers recommends schools only conduct distance learning in those conditions.

Of course, in both cases, the measures are suggestions and not hard-and-fast rules. Holcomb’s administration and Myers both acknowledge there are other factors to consider and schools should continue to consult with local health officials as they make decisions about how to operate throughout the pandemic.

But by Myers suggested guidelines, four counties are above both triggers to move to distance-only learning and none are below both for being fully reopened.

No matter who is elected, the guidelines are likely to look different by January. And both have said that the best place for kids to learn is in their classrooms, with their teachers. The difference is at what point each candidate thinks it is actually safe to do so.

Last November, thousands of teachers descended on the Indiana Statehouse to demand better pay, improved working conditions and more. At the time, Holcomb said the next budget-writing session – in January 2021 – would be the time to address the issue.

Then, the world changed.

The pandemic has ravaged state budgets across the country and Indiana has not been immune. Education advocacy groups have said that the best-case scenario will be an education budget that holds steady, but many are bracing for cuts.

That doesn’t leave a lot of room for an increase in teachers’ salaries, though teachers say the need hasn’t changed. There was a teacher shortage before the pandemic and demands on teachers have only increased over the last six months.

Myers said the state needs to act now to increase teacher pay and attract more young people to the profession. When asked how the state could afford to do so in the current climate, Myers, a millionaire venture capitalist, physician and former Indiana health commissioner, touted his experience in the business world.

“Looking through a budget and finding different ways to spend the money,” he said, “is something that I have lots of experience doing.”

He also said the state should be looking for new revenue sources to help boost the flagging budget. The easiest target? Raising the cigarette tax, he said. The Indiana General Assembly has declined to take such action in recent years.

“We know what the diagnosis is,” he said. “We just have to start the treatment.”

Holcomb said the state has made progress on this front during his tenure. It paid off $150 million in pension liability last year, saving school districts across the state a total of roughly $70 million per year. The savings were not felt evenly across districts, but Holcomb urged schools to funnel those savings to teachers’ pockets. He said that nearly all districts were able to raise pay for at least some of their teachers.

In his response to IndyStar’s questions, Holcomb said he’s still committed to increasing teacher compensation in the coming years. The commission he put together to study the issue is due to make recommendations for how to raise pay by the end of the year, heading into the upcoming budget-writing session.

“We do need to recruit more teachers, especially teachers from minority communities, and we need to do more to keep the great teachers who are already in the profession,” he said. “Increasing their compensation is one way we can help do that, as well as making it a priority for the next Secretary of Education.”

Biggest challenge for schools over the next four years

The pandemic has taken up much of the oxygen in conversations about education during the last six months. But schools were facing plenty of challenges before the coronavirus started showing up in classrooms – with funding, graduation rates, accountability, equity and more – and those haven’t gone away.

When asked what the biggest challenge, aside from the pandemic, would be for schools over the next four years, Holcomb and Myers both said it would be ensuring that students are prepared for their futures.

“The biggest challenge schools will face is making the right adjustments to ensure the education and job training is there to prepare Hoosiers for the 21st Century economy,” Holcomb said, touting initiatives he has championed to increase access to STEM education and computer classes, an expansion of the state’s pre-K program and the creation of new career-oriented high school graduation pathways.

Myers said those efforts haven’t been enough. He said that too many students are graduating high school unprepared for college or a career.

In the most recent administration of the state’s new exam, designed to measure students’ readiness for college or a career, only 37.1% of the state’s third- through eighth-grade students passed both the English and math portions of the test.

While scores typically drop after a new test is introduced, the declines were larger than state and education officials were expecting. At the time, McCormick said the test was valid and the state had more work to do to get students prepared for the more rigorous exam and a higher bar than the state had previously been measuring them against.

The test held schools harmless from those results – something schools requested and Holcomb supported – but some wondered why the state gives the test at all. Standardized tests were suspended last year, due to school closures in the midst of the pandemic. The federal government requires states to give assessments in third through eighth grades and again in high school. Myers has called for an end to “arbitrary testing” in favor of something more useful for schools, teachers and students.

He said the failure to better prepare students is putting Indiana at a disadvantage when it comes to attracting businesses.

Hoosiers have until Oct. 5 to register to vote. Early voting in Marion County begins Oct. 6 at the City-County Building and on Oct. 24 at five other locations. The election is Nov. 3.

Call IndyStar education reporter Arika Herron at 317-201-5620 or email her at [email protected] Follow her on Twitter: @ArikaHerron.

Fri Sep 25 , 2020
It has been almost a month since my preseason bowl projections, and since then, a lot has changed. The biggest change is that we welcome the Big Ten back to the 2020 college football season.  The league canceled its football season back on Aug. 11 but then reversed course on […] 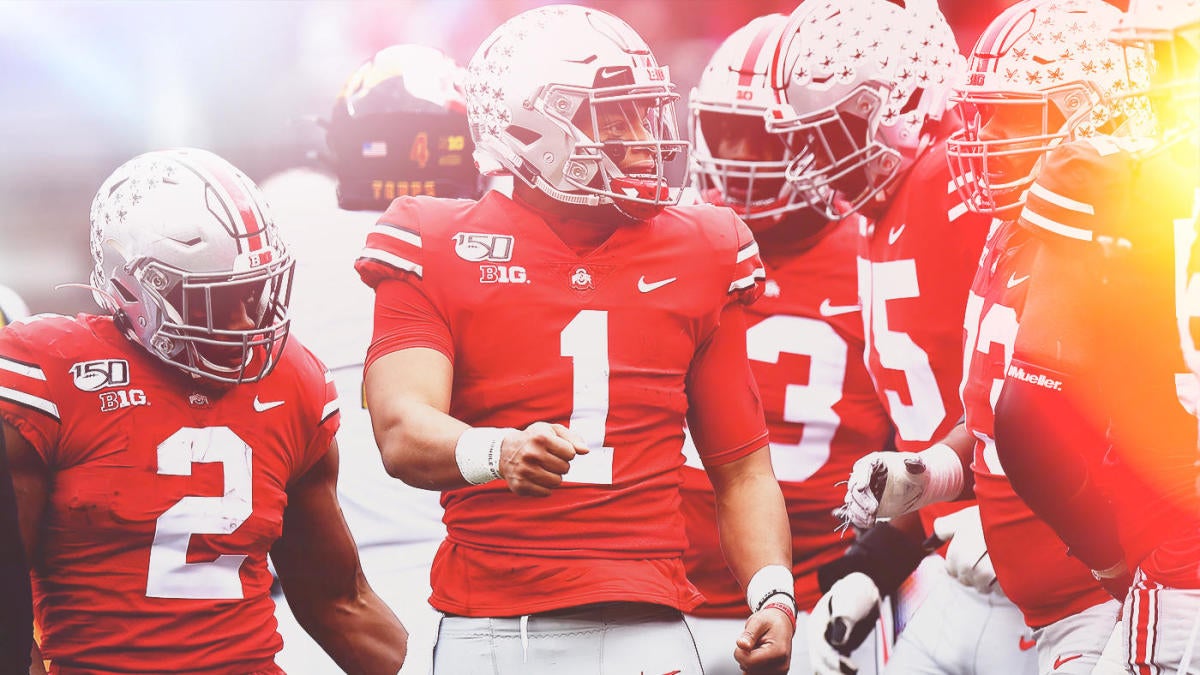