While the state’s plan to leave some school reopening details in the hands of individual districts allows for greater flexibility, it also could leave school administrators having to make tough decisions about how and when to close school buildings if students or staff contract the coronavirus or an individual community becomes immersed in an outbreak.

A number of districts say they want more guidance from the state on how to respond to confirmed infections or spikes in COVID-19 in the wider community. Districts plan to work with local health officials on contract tracing and say they’ll likely send home cohorts of students or close individual schools, but they have not developed benchmarks for those actions, or for opening things back up.

Gov. Ned Lamont Wednesday said the state would “have a strong recommendation that you close those schools” if the rate of positive coronavirus tests reached 10%, but stopped short of saying the state would mandate closures. He likened those decisions to what happened at the start of the pandemic; most school districts had already closed for the year by the time Lamont signed an executive order mandating schools close effective March 17.

“We were prescriptive for that final 10% of schools that were holding out and we thought it was dangerous,” he said. “My hunch is you’ll see a similar mindset going forward.”

On Thursday, Lamont said local officials would make the ultimate decision on the mix of in-school and online learning in their district and whether changes need to be made if there’s a resurgence of COVID-19 in their region. He said county-level data would help to inform those decisions.

“It will be guided metrics, the county-based metrics,” Lamont said during a news briefing. “If there’s a spike in infections, there’s a surge in hospitalizations, at that point we’re going to be in a strong position to change course and get people in a different type of educational environment.”

But what hasn’t been laid out is how districts should react if, for example, there’s a single case reported in a school, or a cluster of new cases in a particular town. Or how superintendents should determine its safe to reopen.

A plan drafted in June for summer school required officials to notify the local health department if a student or staff member tests positive and suggested short-term closures if an infected person has been in a school building, in line with guidelines from the federal Centers for Disease Control and Prevention. But it says “recommendations for the scope (e.g., a single school, multiple schools, the full district) and duration of school dismissals” should be made on a case-by-case basis by school superintendents.

The Capitol Region Education Council, which manages 16 magnet schools in the Greater Hartford area, is still trying to understand what to do in the event a student, educator or staff member tests positive for the virus, or if there’s a spike in one of the many communities it serves. Executive Director Greg Florio hopes the state will still release uniform guidance on those scenarios.

“We’re educators so we’re going to rely on the health professionals to help guide us on those decisions,” Florio said. “It would have been great to have it right now and be comfortable with it, but we’re continuously trying to get that information so we can make the best decisions possible.”

Across the state, districts are anticipating that COVID-19 rates may rise and fall within their various communities and schools.

West Hartford Superintendent of Schools Tom Moore noted that individual districts do not have the public health expertise needed to make complicated choices about how to balance students’ educational needs with their safety and that of school staff. He said he was “very surprised” to hear the state would not be mandating how to reopen schools as it has done with businesses.

“The problem with this is that we do not have the Department of Public Health or epidemiologists at our disposal, so to have individual superintendents make the decision, and 169 different plans operating in the state, does not seem particularly efficient or informed,” Moore said. “Local health directors are doing the best they can, but superintendents in neighboring towns are often getting different recommendations depending on their health district.”

Dr. David Banach, an epidemiologist at UConn Health, said there is not a standard “X number of cases” every school can use as a benchmark to shut down. He expects each school to have a different threshold.

“A lot of people ask, ‘What’s the number that it’s going to take to close a school?‘ but I wouldn’t just hinge that decision on a single number. A lot of it is, what’s the context of that number?” he said. “Is it linked to an isolated area that can be rapidly managed and quarantined, or is it a number of cases spread throughout different areas of a school, which would imply that there is more widespread transmission occurring in the school?”

Banach called it a “very complex decision” that needs to be individualized to some degree, “but still based on the overarching public health principles” of being able to rapidly identify cases, do contact tracing and conduct other appropriate health interventions.

In the event of a positive COVID-19 case in Hartford, district staff attorney Ed Wilson said schools will be asking a lot of questions about a number of factors to make sure the district responds appropriately. Each school building will have a team responsible for doing that work and making decisions based on guidance from local health officials and the CDC, he said.

Contract tracing will be a much bigger lift for school districts like Hartford that send or receive a large number of students from outside their immediate community, Hartford Superintendent of Schools Leslie Torres-Rodriguez said in a recent virtual town hall meeting.

“That’s a challenging one for us that operate within a regional context,” she said. “It’s going to require certainly open lines of communication with our families, but fast and efficient communication should we know any cases impacting any student from any community.”

East Hartford said it will likely respond to confirmed cases by closing a particular school for two to five days or longer to give the district and health department time to gain a better understanding of the situation and decide on next steps, according to its reopening plan.

The school system also said it would notify staff and parents about the status of a COVID-19 illness while maintaining the confidentiality of the student, staff member, volunteer or visitor.

Danbury Superintendent of Schools Sal Pascarella said he expects local data and collaboration with the state to play a significant role in determining town-by town-benchmarks for school closure.

“Every town has a health director and every school district has to have a medical adviser. They will look at local data to determine where that crucial point is,” he said. “What I think you’re going to find is it would be predicated on local knowledge and data.”

Glastonbury Superintendent of School Alan Bookman said he and his colleagues in other districts were not entirely sure what the state was “going to come up with” in terms of how schools should reopen. He said he had anticipated the state allowing districts to decide because many superintendents had communicated to education Commissioner Miguel Cardona that it would be extremely difficult, if not impossible, to cohort high school students.

Now that it is clear there will be no state mandate that all students take in-person classes, Bookman said superintendents in the Greater Hartford area are in regular communication “to at least learn what everybody is doing,” as they would in a snow day situation.

“It doesn’t mean everybody has to do the same thing,” he said. “We’re going to see if there’s some consensus, and if there’s not, a rational for the differences among the school districts.”

Several districts reported a shift in plans after Lamont and Cardona’s announcement Monday that districts could choose to pursue hybrid models with some students attending in-person classes and some learning online. Similar to other districts, such as Greenwich and New Haven, Bookman said Glastonbury administrators are looking very seriously at a instituting a hybrid program for the high schools. Glastonbury is also considering it for its middle schools.

In Danbury, all grade levels will reopen with hybrid learning programs, in which 50% of students will attend class in-person on any given day, while the other 50% learn from home. Students can also choose to take all their classes online.

“We have the largest high school in the state,” Pascarella said. “We also have overcrowding in K through 8 as well. For us to do the social distancing properly, and all the mitigation strategies, was virtually impossible.”

School days will also be shortened to ensure teachers have time to make contact with students who are learning from home.

“The whole idea is not to slow down the curriculum … to keep the pacing moving forward, not reteaching what you’ve taught to one group the next day, or you’d only cover 50% of the objectives for the year,” he said.

When it comes to testing and assessments, Pascarella said it is important for the state to be aware that schools with fully in-person classes may be able to cover more curriculum than schools that relying on a hybrid program.

“Kid’s wont have the same exposure to content, I don’t think,” he said. “Although that will be our goal, it will be challenging to do it.”

Lamont, who has repeatedly expressed a preference to have students return to the classroom, said Thursday that while districts will make the ultimate decision on the mix of in-person and online learning at their schools, any district that wanted to go fully online in spite of a low infection rate and positive public health trends would have to discuss their reasoning with the state Department of Education.

By using a hybrid model, Bookman, reasoned Glastonbury schools could reduce in-person attendance to an amount of students per class that makes it possible to practice social distancing.

Consider a class that usually has 24 students, Bookman said. If around 20% indicate they will not be attending in-person classes at all, that brings the class size to about 20 for students participating in a hybrid program. On any given day, only 10 of those students would be physically in the room at a time.

“With 10 students in a classroom wearing masks, you can also keep them 6 feet apart,” he said. “You could start off that way and a month later, if cases are not going up, you could always go back to everyone going back to school full time. That’s still a possibility, just like it is that everybody goes to distanced learning full time a month later, if you’re finding that students and staff members are getting sick.”

While the district will be asking families again about their back-to-school plans, Bookman said he is aware some parents will not be sending their kids to school, “no matter what.”

“We need to know that also, so we can make arrangements for those students too,” he said. “We still have to educate them.”

Amanda Blanco can be reached at [email protected]

Fri Jul 31 , 2020
T he pandemic has brought many challenges, including how to balance your healthcare needs with trying to protect yourself from COVID-19. “So many things have been postponed—not just things like hip replacements and cataract surgery but also regular medical appointments that seniors need to help maintain their overall well-being,” says […] 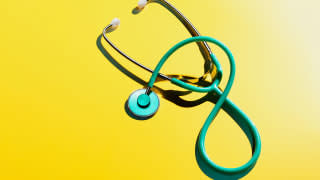