Kathryn Boit feels “guilty for struggling so much” these past few months.

As president of the Harvard Student Mental Health Liaisons, she has “college friends, acquaintances and strangers reach out to me for resources and advice,” she said. “I don’t know the answers anymore.”

It’s no wonder Boit, a Harvard sophomore, feels overwhelmed. Prevalence of depression among college students increased since the pandemic closed campuses this spring compared with fall 2019, according to a survey of 18,000 college students published by the Healthy Minds Network on July 9. And of the nearly 42% of students who sought mental health care during the pandemic, 60% said it was either much more or somewhat more difficult to access care.

Looking at the climbing data on anxiety yields even starker numbers. The Higher Education Research Institute at UCLA asked incoming college freshmen if they “felt overwhelmed” by all they had to do. In 1985,18% replied yes. In 2000, that climbed to 28%. By 2016, it rose to nearly 41%.

Roughly 48,000 people in the U.S. died by suicide in 2018, and the rate has increased 35% since 1999, according to the Centers for Disease Control and Prevention. Suicide is the second-leading cause of death among ages 10 to 19, after accidents.

But the intersection of crises – COVID-19, economic struggles and racial injustices – could make it worse still.

Call volume at NAMI’s HelpLine is up 65% compared with last year, she said, averaging more than 200 calls a day. Most calls ask for support with anxiety.

Teenage requests are similar, Rothman said, “and especially with COVID-19, and the social isolation, the change in structure and day-to-day activities and routines, we’re seeing an increase in some of these symptoms” of anxiety and depression.

“A Zoom call can’t replace a shoulder to cry on or the warmth of a hug,” Boit said.

She’s continuing with group therapy remotely, but because of interstate medical restrictions, she’s not sure she can do teletherapy with her Massachusetts psychiatrist from New York state, where she has lived with her boyfriend since April.

“Do I get a temporary therapist? The question of if I even bother is on my mind every day,” she said. “It’s so hard to even want recovery when it feels like the world is against you.”

The first ‘where were you when’ moment

According to a report in June from the American Psychological Association, more than 80% of U.S. adults report the nation’s future is a significant source of stress in their lives

But a vast majority of older adults say they find preventive measures, such as face masks, reassuring. Gen Z adults were least likely to say it was reassuring (67%). Gen Z was also most likely to find these measures stressful (58%), according to the report.

Rothman attributes Gen Z’s mental health challenges to the idea that “this is their first ‘where were you when’ moments in their lifetime and they’ve had to adapt their lives to meet the restrictions of this pandemic.”

“Gen Z depend on their social connections, and with the restrictions around large group gatherings, sheltering in place, virtual classes vs. in-person and the uncertainty for the future, it’s causing a lot of uneasiness, stress and anxiety,” she said.

“We should not trivialize (teenagers’) stressors or grief in the context of the larger issues playing out during this pandemic,” said Beth Marshall, associate director of the Johns Hopkins Center for Adolescent Health, during a faculty roundtable in May. “Their grief over what they are experiencing – or not getting to experience – is real.”

Anushe Engineer, a junior at Scripps College in California, said part of the reason she and her peers are struggling right now is that “college students are gearing up for jobs and employment and getting out into the ‘real world,'” but that that real world isn’t ready for them yet, which causes a lot of anxiety.

“From the class of 2020 to the next several graduating classes, college students will be entering a terrible job market with low prospects and fewer chances of opportunity,” she said. “That’s not set in stone, but it would be stupid to be oblivious to the realities we’re facing.”

Jaime Diaz-Granados, APA deputy chief executive officer and acting chief scientific officer, called those realities “a culmination of crises unlike anything we have seen in our lifetimes – in coronavirus, economic turmoil and racism.”

The intersection of these three crises is especially relevant for Yolo Akili Robinson, longtime mental health activist and founder of Black Emotional and Mental Health (BEAM), an organization dedicated to the wellness of Black and marginalized communities.

He said there has been an increase in the use of BEAM’s resources since the pandemic and protests against police brutality began, particularly the Virtual Heart Space, where young people and others come to share problems, and the Black Virtual Therapist Directory, which helps people find Black therapists by state.

“We have a lot of college students, a lot of younger people who come to (the Virtual Heart Space), many of whom are isolated, and many feel that people in our community or their families may not understand where they’re coming from,” Robinson said.

Doctors say this intersection reverberates deeper among Black people, who have seen rising suicide attempts among young people and suffered disproportionately during the pandemic. But a 2005 analysis estimates that Black people are seven times more likely to live in areas with limited access to mental health care.

Robinson notes, however, that traditional talk therapy is not always accessible. Even before a pandemic made it nearly impossible to access in-person talk therapy, the cost was prohibitive for many, especially college students or teens who do not have a stable income and often rely on their parents.

Companies such as BetterHelp, 7Cups and Talkspace offer online counseling appointments or peer support networks for less than the cost of traditional talk therapists, depending on health insurance. BetterHelp costs $80 a week, Talkspace starts at $49 a week, and 7 Cups is free, but to talk to a licensed therapist costs $150 a month.

Psychologist Glen Moriarty, who founded 7 Cups, says part of the reason peer support networks have skyrocketed in demand is “connections that are nurturing have decreased” for young people and others.

“What it feels like is we don’t want to be alone, like we want to belong to something,” he said. Students, especially, have felt this way, because the emotional “gas tank” that is filled up when interacting with others has diminished, he said.

Engineer, who is also an international student from Pakistan, said that for a lot of people, college can be a safe space where students can think and perform better instead of worrying about what is happening at home.

She attributes a lot of this to the bubble students tend to live in “at college, especially when you’re literally halfway across the world from your family.”

SUPPORT: How to find a therapist if you’re suicidal

Peer support networks and online therapy are just two ways that those who feel anxious or depressed can reach out for support. Psychology Today also has an online database of therapists (which can also be sorted by ethnicity), some of whom have sliding scales or offer insurance coverage to pay for traditional therapy.

But if you can’t afford a talk therapist, BEAM and NAMI suggest other coping tips for crises in quarantine:

‘Process your feelings’ and focus on the good

Robinson recommends journaling as a way to “process your feelings and move through them” and BEAM trainer Dr. Michael Chan-Frazier recommends going on a social media break and focusing on the good.

‘What makes you feel more grounded’?

Rothman says college- and high-school-age youth in NAMI’s programs have gotten creative with learning new things virtually, “like languages, how to cook, dances and getting crafty” or whatever “makes you feel more grounded,” whether that be music, hobbies or dancing.

People are here to support you

Rothman also noted that while it is important that “you’re staying in touch with your friends and family, whether it’s virtually or socially distancing from them,” it is OK to ask for help from a support network if you don’t feel comfortable going to your family.

Crisis Text Line provides free, 24/7, confidential support via text message to people in any crisis when they dial 741741.

You can also locate peer support resources at warmline.org.

For those who are seeking to support friends, 7 Cups offers a free listening course that Moriarty says can help people “collectively to learn how to better to support one another and always.”

The Trevor Project also offers a peer support network called TrevorSpace for people ages 13 to 24, and the Trans Lifeline is a peer support service run by trans people for trans and questioning callers.

If you are a survivor of sexual assault, you can call the National Sexual Assault Hotline at 800.656.HOPE (4673) or visit hotline.rainn.org/online and receive confidential support.

If you or someone you know may be struggling with suicidal thoughts, you can call the U.S. National Suicide Prevention Lifeline at 800-273-TALK (8255) any time day or night or chat online.

Mon Aug 10 , 2020
Future uncertainties are becoming everybody’s business. I believe it’s our role as a business school to address this challenge, which is the thrust of our new 20-25 Strategic Plan, ‘Impact Future Generations.’ It’s our roadmap as EDHEC embarks on a project of deep transformation, backed by an ambitious investment plan […] 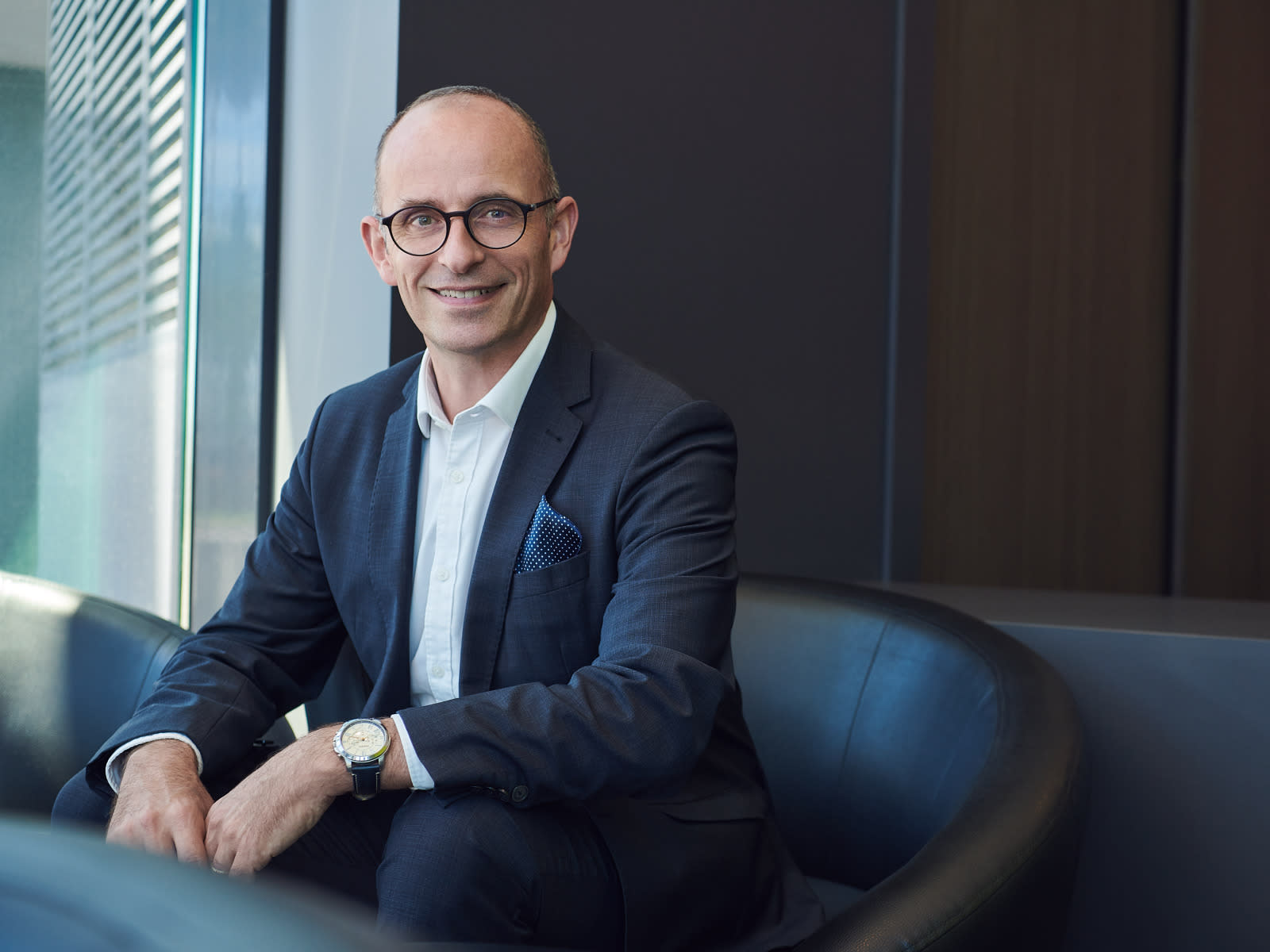